This Week In History: A new travelling exhibit will showcase B.C.’s dinosaurs

Posted: Feb. 19, 2022 6:53PM
CHEK
WatchA life-sized dinosaur will be making its way around B.C. sometime next year.  Well, a brand new statue of a dinosaur, at least.

A life-sized dinosaur will be making its way around B.C. sometime next year. Well, a brand new statue of a dinosaur, at least.

‘Buster’ is a one-of-a-kind Ferrisaurus and is unique to B.C.  Described as a hornless, parrot-beaked plant-eater closely related to the Triceratops.

Unlike the much larger Triceratops, the Ferrisaurus probably weighed about 150 kg (330 lbs).

The Royal BC Museum recently commissioned the sculpture to be included in a travelling exhibit about the Dinosaurs of B.C. 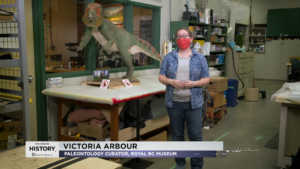 Pieces of Buster’s bones were found during the construction of train tracks in northern B.C.

Victoria Arbour, the curator of paleontology at the RBCM, has been studying the fossils for years and says Buster is known from just a couple of bones from the leg, the foot, and the arm that are in the museum’s collection. 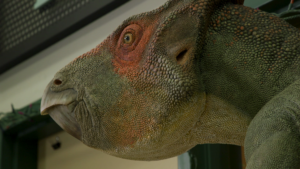 Alberta is often thought of as having the richest deposits of dinosaur fossils in Canada, but B.C. has plenty as well.

“We actually have a great dinosaur fossil record in British Columbia,” Arbour says, adding that ours are just harder to find because of our mountainous terrain.

From up duck-billed dinosaurs in the Peace region of the province to Tyranosaur teeth, B.C. has a lot to uncover, potentially rivalling Alberta.

The museum also has an Ostrich-like dinosaur fossil found on Vancouver Island.

Arbour says the Island was home to many dinosaurs, but our geography makes finding fossils hard.

Buster will be the centrepiece of the new travelling exhibit and will be placed in a diorama of vegetation. The dinosaur will likely be leaning his front two arms on a log or rock because paleontologists still aren’t certain whether the new species got around on two or four legs. 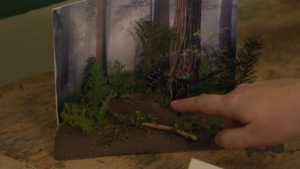 The travelling exhibit is still being created but should be ready to tour the province sometime next year. and Arbour is excited for people to learn about our ancient history.

“I’m just really excited for people to get a chance to see some specimens they probably didn’t even know existed. There will be some things that will probably be a surprise to a lot of British Columbians. So, I really hope people get a chance to visit it as it tours around the province.”

RELATED: New travelling exhibits are part of push to share knowledge around B.C. 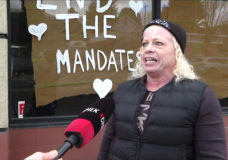 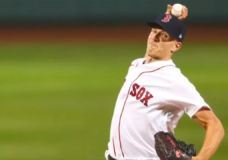