“In San Francisco,” says Royal B.C. Museum archivist Katy Hughes, “he worked in the cigar and tobacco wholesale service.  But at some point he obviously got ‘the gold bug’, and began travelling through the Yukon and Alaska, and then eventually ended up in Atlin, British Columbia around 1897 or 1898.”

Atlin was a mining community, and Hirschfeld was instrumental in forming the B.C. Mining Association.

“He was involved in mining, and he also owned the local newspaper, and he took photographs,” says Hughes.

“He was an unusual photographer in that he signed most of his glass plates.  He numbered them, he put captions on them, and he often put the date on them, which is a huge bonus for us now.”

Hirschfeld snapped a photo of the first car to arrive in Atlin.

“He also just took photos of community activities,” says Hughes.  “His style was very relaxed so a lot of his photographs have an ‘in the moment’ style to them that I find a little more interesting than just the formal studio portrait style.”

The B.C. Archives has some of Hirschfeld’s original glass plate negatives from various sources.

“We think he took several thousand.  That’s what he advertised in his newspaper.  We’ve managed to acquire over 100, and we would love to see more, if there’s any out there!”

“I was lucky enough to deal with two acquisitions, just in the last decade.  People had little boxes, that they found tucked away in attics or basements, of 16 or 17 negatives, just in a little box.”

In 1901, Hirschfeld began clearing out his studio.

“He advertised in the Atlin Claim, which was his own newspaper, that he was closing up his studio, and he was moving, and he was selling the plates and prints.

“If people bought those plates from him, directly from him, they could end up anywhere.”

And the B.C. Archives would be grateful to learn if you have any.

“We’re always happy when people find these little gems and bring them in for us to look at,” says Hughes.

Hirschfeld moved to Vancouver in 1905.

Hughes hopes more of A.C. Hirschfeld’s work will end up safely stored at the BC Archives, for all to admire. 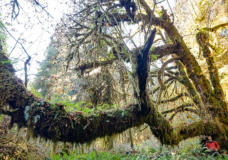 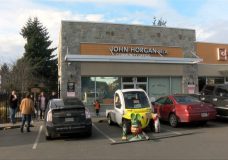