The search for a missing Langford teenager came to a heartbreaking end over the weekend.

Andre Courtemanche’s body was found by a search and rescue team in Goldstream Provincial Park on Saturday evening.

West Shore RCMP has said they do not suspect foul play but that the cause of Courtemanche’s death is still under investigation.

The Courtemanche family has requested privacy, but a spokesperson for the family told CHEK News on Sunday that depression took the teen’s life.

“Andre passed away from depression and from lack of support,” said Kirsten Marten, who created the Searching for Andre Courtemanche Facebook page and helped organize searches. “Ultimately, it was suicide but it was really was depression that took Andre’s life and the fact that . . .  he didn’t get the support from the community that he needed.”

Courtemanche was last seen on New Year’s Day walking in the 2900-block of Cressida Crescent in Langford near his home following an argument with his family, sparking an eight-day search that drew hundreds of volunteers.

His parents, Denise and Glenn, had previously told CHEK News that he struggled with anxiety and depression over the past two years and had recently gone off his medication.

According to Marten, the Courtemanche family had been trying to help their son, and that Denise finally received a phone call this week regarding a psychiatrist appointment for him.

“Andre was struggling for two years and that he and his family had a really tough time,” said Marten. “Denise finally got the call this week for an appointment with a psychiatrist. We need more support in our community for our children and their mental health.”

Marten says the message the family wants to communicate is that more children’s mental health support is needed here on Vancouver Island.

“The family I think really wants to get across that this can’t happen to another child in our community, this has to stop. We need to create more support for kids in our community,” she said.

There are numerous mental health and substance use-related services and resources available to British Columbians and a shortlist can be found here.

RELATED: ‘We miss you so much’: Parents launch Facebook page for missing son as search continues 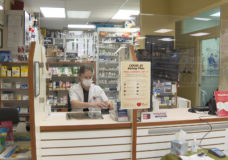 COVID-19 vaccines expected to arrive in B.C. pharmacies in March or April 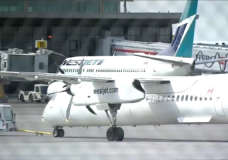