Thieves have targeted another volunteer-run non-profit in Nanaimo.

The victim this time is the Royal Canadian Marine Search and Rescue Station 27 and they’re turning to the community to help them find the culprits and recover what’s been stolen.

The organization has been storing one of their trailers behind Nanaimo Fire Station Number 2 on Labieux road and on Wednesday they learned someone had broken in.

“Ironically I had just received a donation of some life jackets and I was bringing them down for winter storage and walked around the back and discovered it smelled like urine and it had been broken into. It was just horrifying,” said Thomson.

They’ve searched near the property and recovered one duffle bag but there are four other Coast-Guard-Auxillary marked bags that are missing along with marked PFD’s like this one, a 55-inch LG TV, training equipment and VHF radios.

“Equipment that doesn’t have a lot of value to someone who’s not doing the kinds of things that we do on the water,” said Thomson.

The thieves even took the body of their beloved mascot, Rescue Bear.

“What does somebody need a great big woolly suit for?” said Thomson.

Police suspect the theft happened between Sunday and Wednesday.

“It would take a lot of people a long time to take this stuff and remove it. The chain-link fence was cut and probably over two days they took these materials,” said Cst. Gary O’Brien of Nanaimo RCMP.

Thomson estimates replacing everything stolen would cost up to $20,000.

“If you see some boating safety equipment that is in a place it doesn’t belong would you please let us know,” said Thomson.

“This is a non-profit. They do fantastic work they keep people safe. They save lives so we need the public to help us get the stuff back,” said O’Brien.

The R-C-M SAR volunteers at Station 27 already fundraise for other initiatives and equipment so Thomson says it’s deflating to have to replace stuff that was theirs but was stolen.

The Boys and Girls Club of Central Vancouver Island has been among the non-profits hit by thieves in Nanaimo. 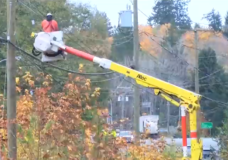 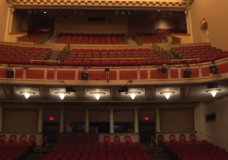 CHEK Upside: The stage is set for live performance venues to return to full capacity