The Capital Regional District’s announcement of a new sign coming to Thetis Lake Regional Park landed with a thud on social media, but the decision has now been reversed.

“Signs play an important role in CRD parks and enable users (especially visitors, but also residents) to identify and navigate into parks whether traveling as a pedestrian, cyclist or in a vehicle.”

The proposal caused quite a stir online. Criticism flooded the government’s Instagram page calling for them to leave the sign as it is. After only a few hours, CRD officials reversed the decision.

“You spoke, we listened. We’ve heard and appreciate the passion that has been expressed regarding the Thetis Lake Regional Park log sign. The sign will stay in place until a decision can be made on how to move forward,” read the update.

“The new artist rendering is modern and uninspired,” said Justin Sieben on Facebook. “The old one has character. Why don’t you pay some local woodworkers to use some harvested wood from the park, and make a new sign in the style of the old one? Nobody wants a new park sign to look like that. It doesn’t match a park.”

Not only has the sign been welcoming visitors to Thetis’ Lake since 1984, but it was also handcrafted by a local resident.

On Instagram, Lia Crowe says her late-dad hand-crafted the sign and she likes to visit it to remember her dad.

“I don’t have much to remember my dad by but this sign has always been a touch stone for me and a reminder of his talent as an artist and carver,” her post says.

According to the CRD, the new sign would be easier to maintain and has been designed to require as little maintenance as possible.

“We recognize the new design is a departure from the grey and blue signs people are familiar with at park entrances,” said the CRD on its Instagram page.

“However, as wood signs tend to do, they decay over time and require increasing staff time and resources to stay legible, functional, and safe. The new signs have been designed to require as little maintenance as possible and provide many years of trouble-free use.” 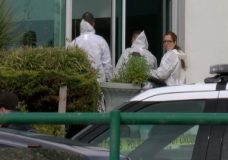 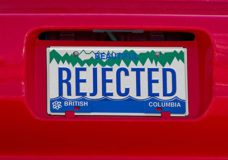 'U2SLOW' among more than 3,000 personalized licence plates rejected by ICBC in 2022