It’s move-in day at ‘Tiny Town,’ the name given to shipping container temporary housing in the parking lot at Victoria’s Royal Athletic Park.

“There have been people who are very anxious to move in, and today’s the day they can finally get out of the parks and into their own homes,” said Grant McKenzie, executive director of Our Space, the organization running the temporary housing with 24/7 care.

The shipping containers will be a temporary home to 30 people who have been sheltering in parks this year, after the pandemic forced them out of shelters, or otherwise.

“When you’re sleeping in a park, or anywhere that’s unsafe, it’s very difficult to get a good night’s sleep. You feel unsettled, you’re in emergency mode the whole time,” said McKenzie.

“When people move into places like ‘Tiny Town’, the changes you see in people are dramatic, you kind of just feel like an exhalation of anxiety coming off people.”

A total of 30 people are set to move into the community through this weekend, which will bring the total number of people moved from Victoria parks to indoor shelter this year to 211.

According to BC Housing, the Province, the City of Victoria, and other partners secured 270 housing spaces in an attempt to house all 220 people identified as living in Victoria city parks.

Advocates say Victoria’s sheltering program may be attractive to people who are struggling in communities elsewhere.

“People are desperate out there,” said McKenzie. “People are looking for anywhere they can get housing and when they hear of one municipality that’s doing it better, they will travel to that municipality.”

“We’re not seeing a huge influx of people, but for every person that comes it’s one more person who needs a place to live, and there aren’t enough places to live here,” said Victoria Mayor Lisa Helps.

The concern being for the Mayor, that while we may have ‘space,’ housing affordability, the pandemic, opioid crisis, mental health and addiction all remain unsolved issues.

Many locals living in the capital region are themselves too, teetering on the brink of homelessness, with no social safety net.

“We don’t really have those stopgaps in place. There are still too many cracks people are falling through,” said McKenzie.

“If somebody loses their job and loses their apartment, right now there’s no one to catch them,” said Helps.

The mayor and non-profits are echoing calls for the federal government to provide funding for housing faster, and to improve the social safety nets that may actually prevent people from falling into homelessness.

Meanwhile, Victoria’s Mayor has one thing to say to those thinking of making the move: don’t come.

“You’re not going to get housing, and there’s no more 24/7 camping in parks so try and make the best life where you are,” said Helps. 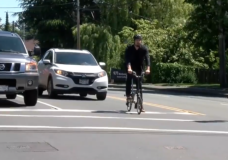 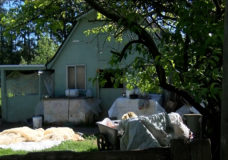 'It might be over my dead body': Nanaimo farmer turns away buyers, wants to keep farm going