The New Normal: Political scientist says B.C. election is the NDP’s to lose

With just seven days left in the B.C. election, the party’s campaigns are entering the final stretch.

In this edition of The New Normal, CHEK’s Stacy Ross speaks to Dan Reeve, a political scientist at Camosun College, about what the NDP needs to do to maintain its position at the front of the pack and what the other party’s need to do to gain some ground.

Reeve says the NDP needs to keep “their foot on the gas” and ensure they get the maximum number of supporters out.

“They need to make sure no one feels complacent,” he said.

With a series of recent inappropriate and untimely remarks by a few candidates and some missed opportunities, Reeve says the Liberals are in a “tight spot” and have a big hole to dig out of if they hope to prevent the NDP from getting a majority.

“They missed a couple of opportunities their platform really didn’t offer too much, the debate performance was flat. They are going to have to figure out some last ditch effort, idea, promise, to change people’s minds and then hope the NDP stumbles,” he said.

Although the Greens are carrying momentum from the recent leadership debate, it will be an uphill battle for them to win more ridings than they won in 2017.

“They are carrying some momentum from that debate, what they will need to do is focus on the Island,” he said, adding. “The Cowichan Valley was in question, I think it is still going to be a tough race.”

Reeve says the race will be interesting on the eastern side of the Port Mann Bridge, saying the NDP have been expanding their reach into the suburbs of Vancouver like Maple Ridge, Coquitlam, and possibly Mission and Richmond. 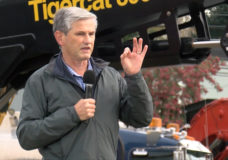 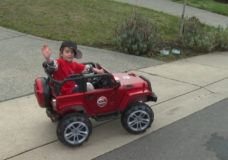