The new ‘Colwood Stall’: Is it time for a unified regional transportation plan?

WATCH:  It’s been dubbed the “Colwood Crawl”, but this week its become the Colwood Stall. Many CHEK viewers say their usual commute times have doubled, and as Kori Sidaway tells us, that has some calling for a unified regional transportation plan.

Eighty-five thousand trips are made along the corridor every single day. And this week, the “Colwood Crawl” seems to be getting worse – if that’s possible.

“I’ll do it on a bike much quicker. I mean forget going in a car, but using the galloping goose and the E&N trail is a godsend,” said one Sooke resident.

“It’s gotten worse and worse over the past couple of years, but especially with all the construction this past summer, I think it’s bonkers!” said another.

The Ministry of Transportation and Infrastructure said in a statement they understand drivers are frustrated, but these recent delays are normal as everyone adjusts after traffic was diverted so Mckenzie Interchange overpass construction could begin.

And the delays could stick around until the project is completed next year.

Ministry staff, though, will be on site during busy commute hours to monitor traffic flow and signal timing, looking at ways to improve traffic efficiency on the route.

But while these delays may be temporary, some say they’re part of a growing regional problem.

“I think Greater Victoria has been neglected in terms of transportation infrastructure for many many years, and it’s time to correct that,” said View Royal Mayor David Screech.

Mayor Screech is calling on the province to meet with the mayors of Greater Victoria to look at regional transportation as a whole.

“We never looked and made a prioritized list of what we need to to to improve transportation issues in the region,” said Screech.

And for residents, that couldn’t come any sooner.

“What I think the province needs to focus on is rapid transit, and get us away from our cars, because we just keep building more and more roads and more and more cars come, it’s gridlock here!” said a Greater Victoria resident.

And those extra cars on the road? Many say the congestion is direct collateral of the housing crisis.

“People are being forced to move further and further west in order to find or be able to afford a home, but those same people are all commuting daily on the roads,” said Screech.

As Victoria grapples to deal with a lack of affordable housing and the suburbs face a housing boom, many say transportation is getting lost in the conversation and drivers will continue to fume. 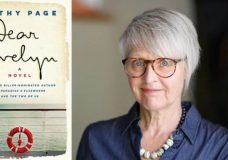 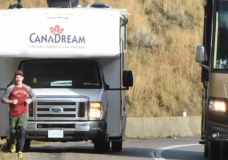