WATCH: The Greater Victoria School District is considering tearing down the oldest high school in the province, known as Vic High, as it weighs its options for seismic upgrades for the school. Isabelle Raghem reports.

“I hope it doesn’t get destroyed,” he said Friday, “My grandma went here.”

He’s among many Islanders hoping the century-old school will be here for generations to come. However, it might not be standing for much longer.

“We’re entertaining the process to build a new school at Vic high,” said Tom Ferris, vice-chairman of the Greater Victoria school board, on Thursday.

It comes as the district is currently looking at three options for seismic upgrades at the school:

Victoria City Cou. Pam Madoff, who graduated from Vic High in 1972, is shocked the school may be taken down.

“Can you imagine it going to landfill? It just makes absolutely no sense,” Madoff said.

As the oldest high school in the province, Vic High holds over a century of memories. Madoff warns the district’s decision will send a clear message to youth.

“Are we a disposable society or do we truly practice what we preach and recycle on a grand scale when it really makes sense from an environmental point of view?” Madoff said.

Some have suggested the province pitch in to keep the building:

“We want to get the work done, we want to make it safe for the next generation of kids and staff that teach in that building, so there’s still a lot of work to do before we get to any decisions,” says Education Minister Rob Fleming.

The public can share feedback on the project at two open houses in April or through an online survey that will also launch next month. 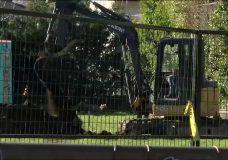 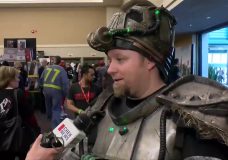 Comic Con swoops into the Capital City this weekend