WATCH: The sun will be shining on the annual Sunfest Country Music Festival this weekend. Ceilidh Millar reports.

In Lake Cowichan, the beer is flowing and the tunes are playing at the annual Sunfest Country Music Festival.

The event has earned the title as Vancouver Island’s largest music festival and biggest country music event in the province.

“It’s great,” said one festival goer. “You can’t complain when you’re partying with Tim Hicks playing in the background.”

Last year, Sunfest set an attendance record for the largest paid concert in the Island’s history.

Organizers are expecting at least 50,000 people to attend the four-day festival held at Laketown Ranch.

There are 2,000 campsites available to festival goers on the 172-acre lot.

With temperatures expected to top 30 degrees in the Cowichan Valley this weekend, organizers are advising attendees to prepare for the heat.

“Lots of advance notice on social media and telling people to hydrate,” said owner Greg Adams of Laketown Ranch. “We also have lots of shade, water and mist stations.”

A field hospital has been set-up for the weekend staffed with a doctor, nurses and a harm reduction team.

The unit can handle up to 30 people at one time.

“We’re preparing for more heat illnesses then we would normally get due to the current heat wave” explained Addie Clark of the Capital Physicians Group.

As thousands soak up the sun, sounds and suds – it’s sure to be a weekend of music to remember.

For more information on the Sunfest Country Music Festival, visit the event’s website. 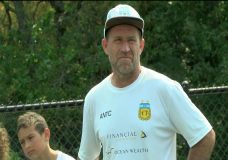 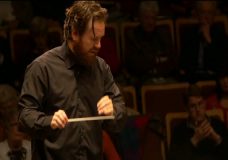