WATCH: Calvin To brings us the story of William Goldiet, a social advocate from Sudan who is now sharing his culture with others in Canada.

Becoming a refugee was not a choice for William Goldiet.

He fled Sudan in 1994 and lived, initially, as an illegal migrant in Lebanon.

“If I remained [in Sudan], I don’t know if I could have been alive today or if I would’ve been dead,” Goldiet said. “Because I know many people who lost their lives.”

He became a refugee shortly after arriving in Beirut and spent the next 15-and-a-half years of his life in Lebanon.

“It’s very hard,” he said. “Losing people you grew up with… and then you find yourself in a strange country where you know nobody.”

Along the way, he met his wife, Mary Awor, and had three children.

He also worked as a social advocate, helping other refugees settle.

Finally, two churches sponsored him to come to Canada.

Despite the freedoms promised here, it was not an easy decision to leave his community behind.

“When you lose your community, it’s a great loss,” he said. “We have a saying in Africa: ‘I am who I am because of who we all are.’ So when you lose that community, you become powerless.”

He eventually became a settlement worker for the Inter-Cultural Association of Greater Victoria.

In 2014, Goldiet became a citizen of Canada. He says it was a great feeling, but that it also came with a sense of duty.

“We still have a lot of work to do, especially with First Nations. Sometimes, I feel not good when [this is] not the Canada I was expecting to see other people don’t have water,” he said.

Goldiet and his wife had two more children in Canada.

While Canadians have mostly embraced him, he recalls moments when refugees were not welcome. That’s why he has this message for his fellow Canadians: “[Refugees] are well-educated people. They have been business people, they carry PhDs with them, and these are the wise people. Intellectuals. And that’s why they’re being persecuted. So when they come to Canada, it’s good for our country.” 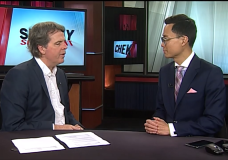 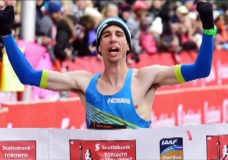