Posted: Jan. 8, 2020 6:03PM | Last Updated: Jan. 13, 2020 1:32PM
CHEK
WatchA beloved century old schoolhouse that witnessed the boom times of Vancouver Island is being demolished in Extension, just south of Nanaimo. The historic structure was built to school the children of miners who founded the area and as our Skye Ryan reports it's lovingly remembered there.

For as long as Brenda Shaw has lived, the old Extension schoolhouse has been like a member of her family. She and her siblings all went there and so did her kids.

“There’s a lot of attachment to this school,” said Brenda Shaw, a resident of Extension, a community south of Nanaimo, and local historian.

“The animals all used to free-range,” said Shaw.

Extension School is now in the process of being demolished after 104 years of standing.

“It’s the history of our community.”

The school was witness to Extension’s beginning and its booming coal mining days when the town south of Nanaimo was bustling with prosperity.

“There used to be a hotel and a boarding house,” said Shaw.

The school was built to educate all the miners’ children and did it as efficiently as possible.

Grades 1 to 6 were all in two classrooms, and the school was even picked up and moved from one area of town to another in the 1950s.

“Like the whole history of this community,” said Hamilton, “is in this building,” he said.

Community members fought to save the school for the past 15 years, urging the Nanaimo-Ladysmith School District to sign it over to them. It stopped operating as a school in 2001.
But no deal was ever reached and now demolition has started.

“So this is where we’re at today,” said Shaw.

“We’ve been trying for years,” she said.

The Nanaimo-Ladysmith School Board hasn’t decided yet what to do with the site of the old Extension School. 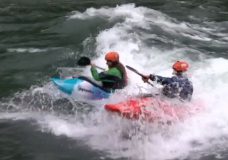 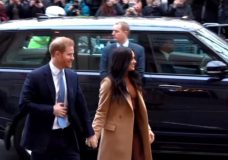