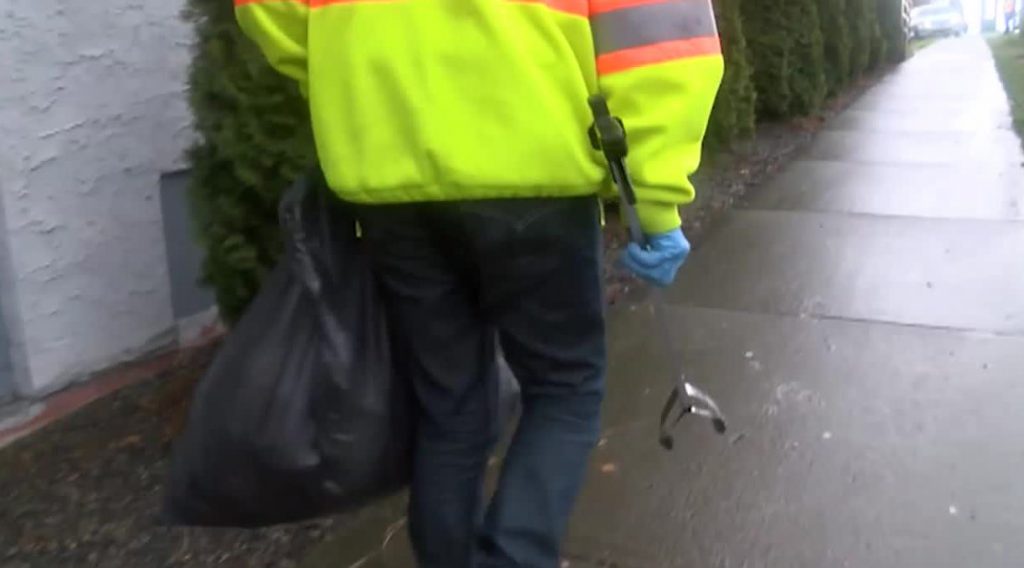 WATCH: In the midst of the opioid crisis in B.C., a pilot program in Nanaimo is helping clean up the streets of used needles while rebuilding the lives of homeless people. The Urban Clean Up Program is giving people living on the streets a way to make their community better. Skye Ryan has more.

With his polite tone and a plastic bag, Clifford Williams set out on patrol for used needles Monday.

“We watch out where these drug users are,” he said combing the ground for discarded needles.

The Nanaimo man is crawling into tight spaces and leaving no stone unturned to help make Nanaimo’s downtown streets cleaner and safer than he and his crew with the Urban Clean Up Project have found them.

“I enjoy being part of their team,” said Williams.

After being homeless for three years, the 48-year-old now has a roof over his head and job on this crew through a pilot project partnering up the City of Nanaimo and John Howard Society.

“It should be in every community as far as I’m concerned,” said Jay Flett of Nanaimo’s John Howard Society. “It has a powerful impact on everybody,” said Flett.

The program’s designed to not only do the service of cleaning up needles and garbage, but it’s helping get street people off the streets through a job that helps them change the way they see themselves.

“Yeah it does,” said Jason Haus, who also works on the Urban Clean Up Crew. “For sure it’s making a difference,” said Haus.

“They are giving back and they feel they’re not judged as harshly by the downtown residents,” said Jay Flett. “And I think it’s definitely strengthened the sense of community and made them feel more included,” said Flett.

“Yeah they do they treat me a lot different than I was before,” said Williams.

Williams even saved a man who was overdosing two weeks ago by administering naloxone and checks on everyone he finds while on patrol.

“Be safe,” Williams said to a man huddled in blankets on a doorstep.

“Just to let them know that we do care about them, the people living out on the streets,” added Williams. 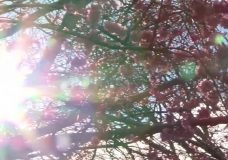 A few warm days has cherry blossoms beginning to burst in B.C.'s capital 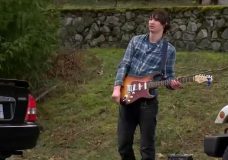