After a legally blind Campbell River resident’s boat was stolen, the local fishing community banded together to scour the waters to find it.

“When I first found out [it was stolen] I was pretty down, because if we weren’t going to get it where was I going to wind up? Because I need to do this in my time,” said Scott Laird.

Laird is a member of the Campbell River Tyee Club and purchased a brand new Whitehall Tyee Spirit 14 rowboat to enjoy fishing in 1989.

But on Sunday, Aug. 7 when he went down to his slip to go fishing, the boat was gone.

“So we just came down here to jump in the boat and it wasn’t here and we thought ‘oh it’s been moved by the Wharfinger staff for whatever reason’ and we started looking around,” he said.

Laird is legally blind but with the help of friends, he scoured the city’s marinas to no avail.

When the harbour office opened on Monday, they looked at surveillance video and saw three people involved in stealing it.

One is even seen climbing around a gate with barbed wire.

It was reported to police but the Tyee community took the theft personally and got to work.

“Everybody felt it,” said Tyee Club Weighmaster Bob Goodwin. “As they came in off the water I told them and everybody felt the same, ‘we’ve got to get that boat back,’ they said.”

Soon it’s on social media and word is out on the water. A sighting then came in not far away.

“We felt confident it was on Quadra because somebody else noted it,” said Laird. “Another mariner saw a boat like it go by at 4 p.m. on Wednesday of that week.”

One thing leads to another and as the days go on, people who are choosing to remain anonymous close in on the boat and early Thursday morning it is returned to Laird.

“It was just a bad show and another bad guy harming a good guy and so some people picked it up and took it all the way and here’s the conclusion to that,” said Laird.

The boat is not complete, the motor is missing, as are the oars, battery and gas tank, but Scott is thankful to everyone involved who helped get his rowboat back in good hands.

There have been no arrests. 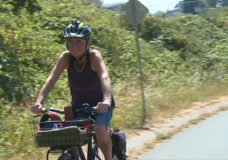 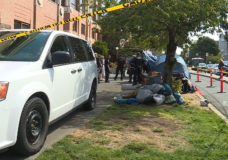