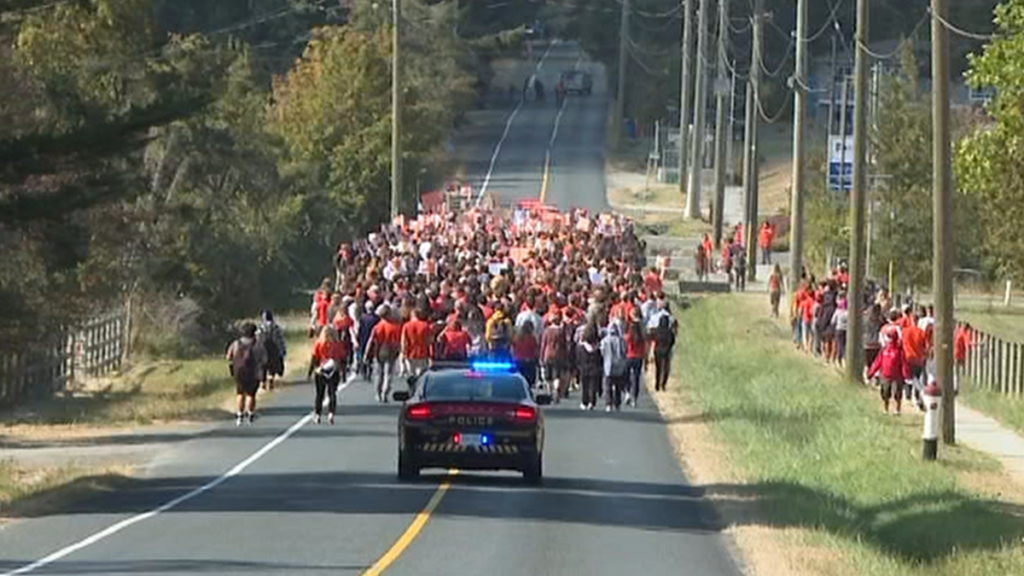 CHEK
WatchTwo South Island schools walked out today ahead of the National Day for Truth and Reconciliation. Kori Sidaway has more.

Hundreds of W̱SÁNEĆ Leadership Secondary and Stelly’s Secondary School students walked out of school Thursday in a walk of remembrance.

Among the students walking are community members and elders — with many reasons to put one foot in front of the other.

“We’re gathering at a place that’s been recently called Pioneer Park. And some of our students are inviting us to reconsider a name for it,” said Kaleb Child, Principal of W̱SÁNEĆ Leadership Secondary School.

“I’m thinking about healing. Healing together. Building our hearts as one. Being strong. Showing our ancestors that we love them,” said John Wilson, a member of Tsawout First Nation.

The location they’re walking to is Pioneer Park. The park’s name alone is a stark reminder that for reconciliation there still remains a long way to go.

“Truth-telling is hard because it brings up the pain of the past. But truth-telling should become easier because the truth of my family’s history is who I am. And what makes me a proud Indigenous woman today,” said Talia Child, a 17-year-old Stelly’s Secondary School student who is Kwagiulth.

Child says her ancestors were arrested during Canada’s potlatch ban, which prohibited any Indigenous people from participating in traditional Indigenous ceremonies like singing, dancing, or even carving.

“What my family went through, like what they’ve kept alive, I want to keep that going,” said Child.

The walk and the speeches called attention to Canada’s colonial past and shone a light on stories of survival and resistance. Hoping every step will help move each other forward.

“That’s my main message, is just tell your truth no matter where you come from. We all have a past and different stories. So it’s just good to listen,” said Child. 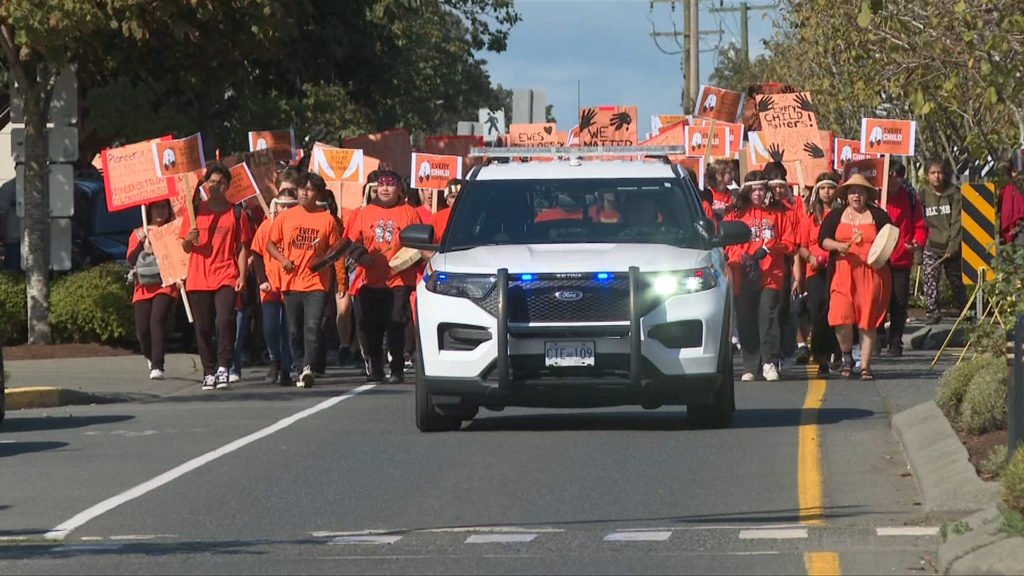 Hundreds of W̱SÁNEĆ Leadership Secondary and Stelly’s Secondary School students are seen in a walk of remembrance on Sept. 29, 2022. (CHEK News) 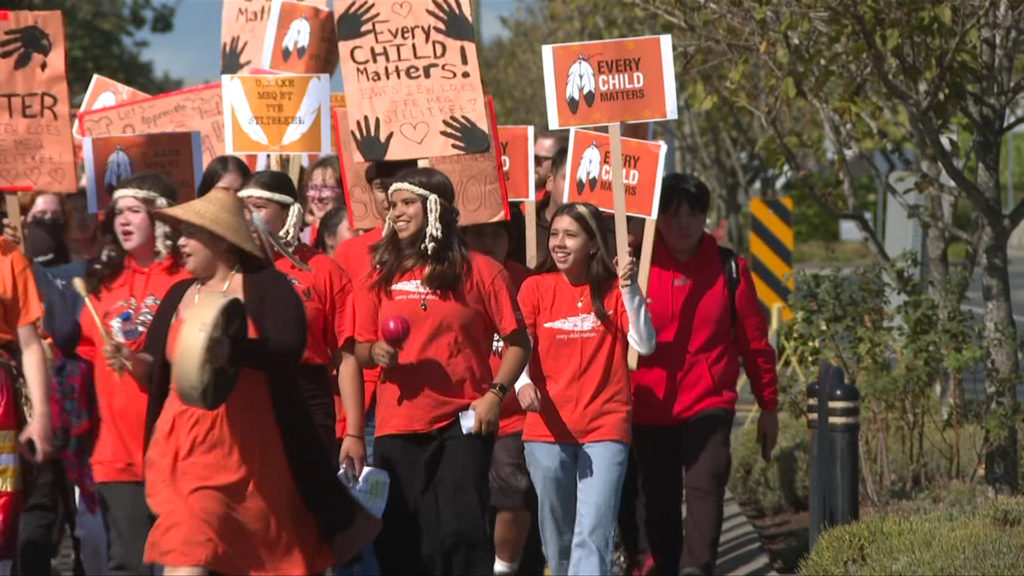 The walk came ahead of National Day for Truth and Reconciliation, a statutory holiday held on Sept. 30 that honours the children who never returned home and survivors of residential schools across Canada. (CHEK News) 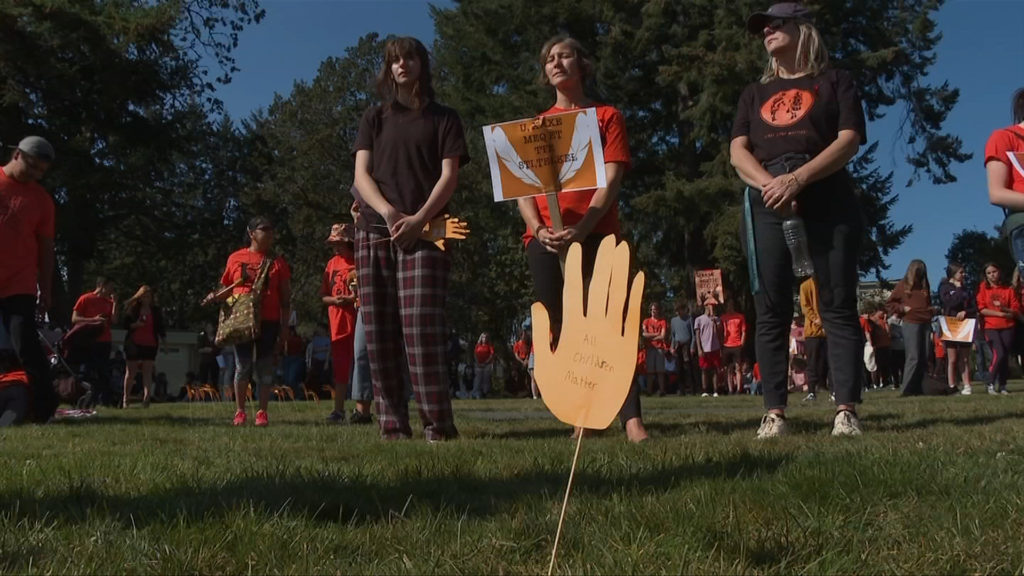 Students walked to Pioneer Park in Central Saanich, where many called for the park’s name to change. (CHEK News) 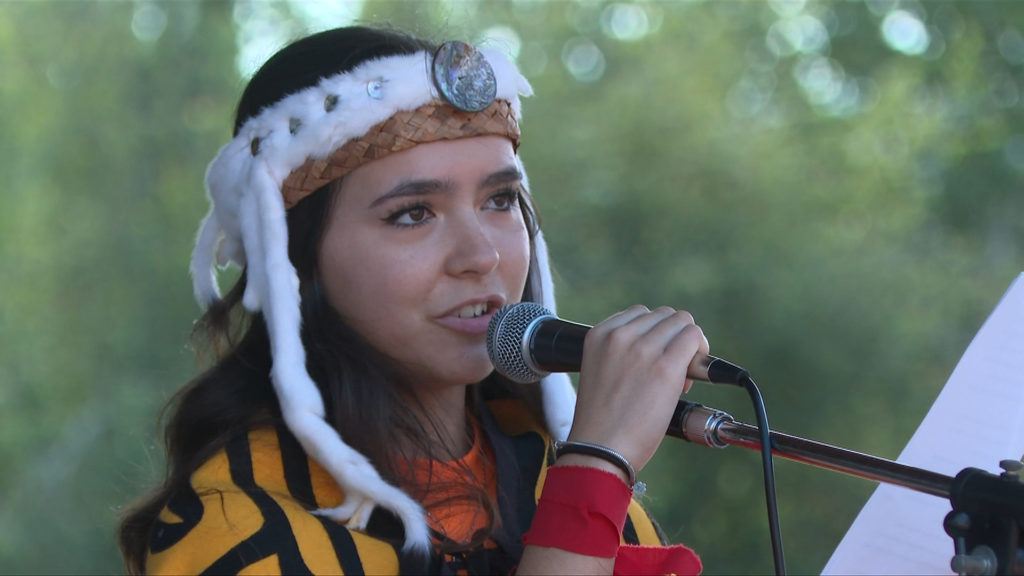 W̱SÁNEĆ Leadership Secondary and Stelly’s Secondary School are walking out to commemorate the National Day for Truth and Reconciliation, Orange Shirt Day. Hundreds walked to Pioneer Park in Central Saanich, some calling for the park’s name to change. @CHEK_News pic.twitter.com/FUpuxV8Oot 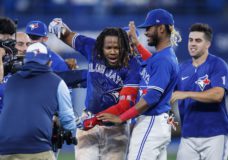 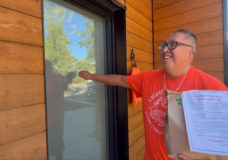