WATCH: A street dog from named Ruby has touched the lives of a Sooke couple while they were on holiday in Aruba. And now they’re hoping to bring her home and save the dog from a terrible fate. Luisa Alvarez reports

There is just something about Ruby. Jewel Black and her boyfriend Brian Rundle were vacationing in Aruba in January when they met a street dog they later named Ruby. Needless to say, they fell in love.

“About half an hour was our walk home and she followed us the entire way, and when we got to the Airbnb where we were staying and I looked down at her and there was just something in me I couldn’t close the gate on her,” said Black.

They visited with Ruby and had her over for sleepovers throughout their trip, but after five weeks they had to say goodbye.

“When we were there she really didn’t want to leave the car. Somehow she knew we weren’t going to see her no more,” said Rundle.

But that wasn’t the end of the story as Ruby from Aruba completely captured their hearts.

“It wasn’t until I got home that I knew that this dog is supposed to be a part of our lives and I just can not imagine her living the life that she’s living there any longer, sleeping on concrete and not knowing where her next meal is coming from and we want her to live the rest of her days being completely spoiled and loved,” said Black.

The couple especially didn’t want to leave the dog to fend for herself after finding out the fate Ruby could face if she stays on the island. That fate is something called the “Aruba Kill Cage” where every day, up to 30 animals are killed. It’s part of the government’s efforts to manage the overwhelming street animal population.

“They have a needle at the end of the stick where they will stab them through the heart,” said Black.

It’s an unthinkable outcome for the dog that stole their hearts.

“We will do whatever it takes, and the only thing that could stop me is if that vet says she’s not healthy enough to fly,” said Black.

That is a very real possibility. Teary-eyed Black says if that’s the outcome, she would fall apart.

” But I’m optimistic she seems very healthy I’m just hoping she doesn’t have mange because with mange it takes months to treat,” said Black.

Rundle is retired so he’s able to take the time off to go. His flight is booked and is leaving on Friday. On Saturday, an animal rescue on the Island has agreed to open after hours in order to give Ruby a flea and tick bath to get her ready for her vet appointment on Monday.

But the entire rescue mission is going to be pricey. The couple is already dipping into their savings and have also started a GoFundMe page to help offset the cost.

A local rescue by the name of MexPup has donated an airline-approved dog crate to help bring Ruby back. Now they just need to find her and tackle every other obstacle that comes with international pet adoption.

“Its a gamble and a risk I’m willing to take you know I’m putting it all in,” said Black. 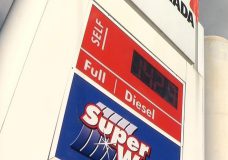 Pain at the pump: Greater Victoria gas prices shooting up 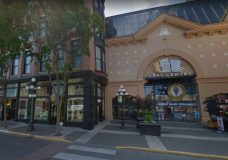