Some Canadians expect to watch queen’s funeral with sadness; others will skip it 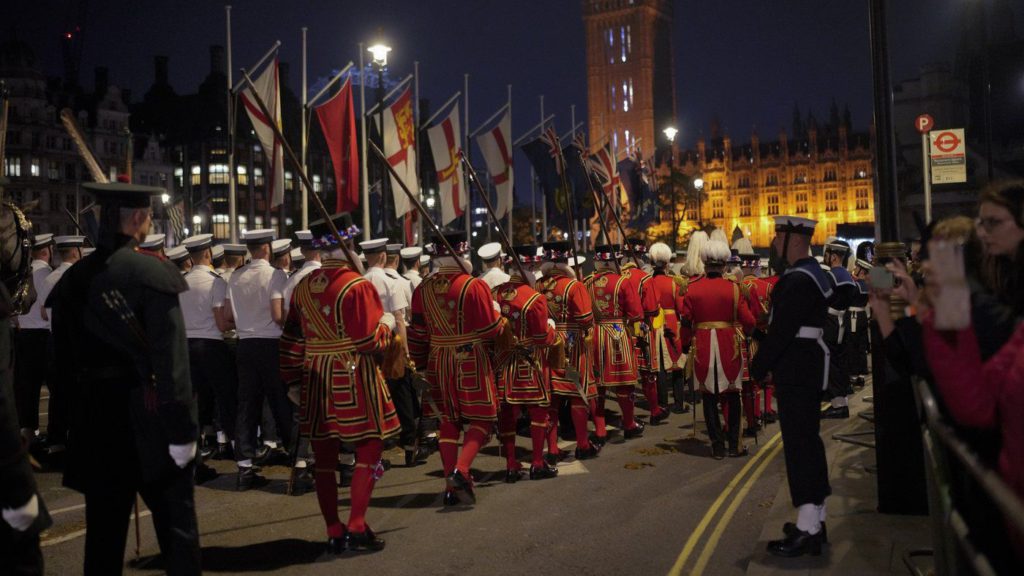 THE CANADIAN PRESS/AP-Markus Schreiber
Guards and Royal Navy soldiers take part in a rehearsal for the funeral procession of Queen Elizabeth II in London, Thursday, Sept. 15, 2022.

For some Canadians, the queen’s funeral on Monday will prompt sadness and trigger personal memories, but for others it’s a distant event they intend to miss.

David Edwards, the Anglican bishop of Fredericton, says his mother was born the same year as Queen Elizabeth and died about five months before her, linking changes in his family life to the historic end of a 70-year reign.

“Important figures in our lives, when they die, they leave a gap … a hole in our lives,” he said in an interview earlier this week.

Edwards says he’ll watch the funeral with a sense of gratitude for the monarch’s life, and he will likely be thinking of his 1998 meeting with her when he was part of a church group invited to the palace.

“I’ve known no other monarch. It’s a sad day,” he said. “She clearly fulfilled her role and her promise to fulfil her duty as the Queen. In many ways, she’s kind of been released.”

As a bishop, he says he expects a straightforward Church of England funeral liturgy, but the service will also represent a symbolic shift in leadership of the church, as King Charles has assumed the role of supreme governor.

Edwards said he sees in the funeral a healthy exercise for Canadians who often tend to shun death and grieving. “It gives people permission to grieve in their own lives … We need the whole of society to learn how to grieve better,” he said.

Maggie Archibald, 28, a Halifax resident who works for a high-tech industry association, says she’ll be up before breakfast to watch the event, and she will also recall a meeting with the queen.

Her encounter came three years ago, after she and her sister were selected to attend a garden party at Buckingham Palace. “She was attentive and witty during our four minutes of conversation,” Archibald said of the queen.

“That’s how I will be able to remember her and grieve along with many others who will be getting up and watching.”

The queen’s coffin was taken from Scotland’s Balmoral Castle to Edinburgh on Sept. 11 and flown to London on Tuesday. The funeral will be held at 11 a.m. local time Monday in London at Westminster Abbey.

But while some Canadians are planning their day around the event, many others have no intention of watching, and the day will be like any other.

William Wright, a 20-year-old filmmaker in Charlottetown, said in an interview he doesn’t dislike the queen or the monarchy, but he doesn’t feel drawn to the funeral rite that will unfold.

“I just don’t feel strongly connected to it,” he said. “It’s not a major part of my life.”

A poll conducted last week suggests that while many Canadians plan to watch the funeral, the vast majority have not been personally impacted by the queen’s death and feel no connection to the monarchy.

The poll from Leger and the Association of Canadian Studies found that 77 per cent of respondents said they felt no attachment to the British monarchy. That compared to 19 per cent who did, and four per cent who did not know or preferred not to answer.

The results were based on an online survey of 1,565 Canadians between Sept. 9 and 11. They cannot be assigned a margin of error because internet-based polls are not considered random samples.

Jamie Bradley, who is the Atlantic director of Citizens for a Canadian Republic, says while the queen’s death saddens him, the funeral is an event for another nation that he will skip.

The 61-year-old baker, who lives in Halifax, said: “I’m not that interested in what is going to be the funeral of a foreign monarch. She was the Canadian queen, but the pomp and circumstance will be United Kingdom-themed, which has very little reflection on Canada.”

David Johnson, a professor of political science at Cape Breton University, who wrote a book titled “Battle Royal: Monarchists vs. Republicans and the Crown of Canada,” said the funeral is nonetheless a moment of history that he feels compelled to observe.

The professor said he will watch the ceremony. “How many times do we get to see the funeral of a departed monarch? It’s a piece of history. It is a chance to show respect for the person, the monarch, passed,” he said.

He expects to experience a mix of sadness and gratitude for her life. “She’s arguably the greatest British and Canadian monarch to have ever lived,” he said.

This report by The Canadian Press was first published Sept. 17, 2022.

—  With files from Hina Alam in Fredericton. 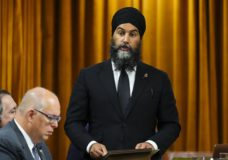 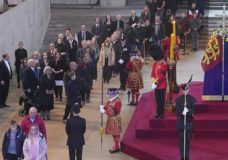