Snuneymuxw councillor says the Nanaimo mayor’s denial of violence against the city manager is a real problem, Kendall Hanson reports.

The flag of the Snuneymuxw First Nation has been flying at Nanaimo City Hall for more than two years but one of the band’s councillors is now calling for it to come down.

“Mayor Bill McKay, and his denial of the reality that’s happening around him, that is part of the governance context that, he himself has created, really offends the spirit of the Snuneymuxw Flag flying at City Hall,” said Snuneymuxw council member Doug White.

Last month, a seven-second video, from an in camera meeting in February, was leaked to the media. It shows former Nanaimo City Coun. Wendy Pratt appearing to knock a cell phone from the hands of city manager Tracy Samra.

McKay had left the meeting before it happened but in a recent Nanaimo News Bulletin article McKay is quoted as saying “Somebody batted a phone out of her hand, I don’t know if I would consider that to be assault?I’ve not seen anything that’s suggested that Ms. Samra has experienced violence in the workplace.”

“There’s been an attack against the city manager by one of the city Councillors and the mayor denying the reality of that,” said White. “That’s just not acceptable.”

McKay declined an interview with CHEK News Saturday but earlier this week, in an interview about his political future, he touched on the state of affairs at City Hall.

“It’s unfortunate that we just find ourselves embroiled in all of this other nonsense this dysfunction and turmoil,” said McKay Wednesday. “It’s not necessary and it prevents us from doing the good work we should be doing for the citizens.”

Doug White, who is related through marriage to Tracy Samra, said he’s been concerned about how she’s been treated since she was hired as city manager.

He’s drafted a resolution for the Snuneymuxw Council to consider, “that denounces the violence that Tracy Samra has experienced. To demand that mayor Bill McKay rescinds his denial of that reality of the violence and to request the return of the flag from Snuneymuxw.”

A separate petition online, initiated by Samra’s cousin, calls on Nanaimo City Council for an official apology for the violence against Ms. Samra and for Mayor McKay to resign. 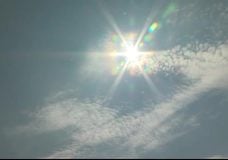 UPDATED WITH VIDEO: Smoky skies bulletin lifted for much of Vancouver Island 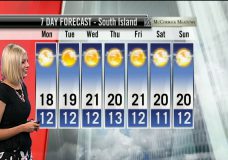