November 20, 2020 updated
Chek
WatchRising COVID-19 cases in Canada and the U.S border closures have led to a wave of snowbirds filling Island campgrounds and long term rentals at hotels.

Sue Hudson and her husband breathed a sigh of relief Thursday as they walked out of their rented cabin in Parksville.

The Ontario couple arrived 12 days ag  to ride out the COVID-19 storm on Vancouver Island through March.

“I think we would have problem trying to get here now or in the next few days,” said Hudson.

“I think we got here just in time.”

Premier John Horgan is calling for the federal government to restrict interprovincial travel.

“We have friends flying to Calgary to drive out here and they’re announcing today they may not be able to do that,” she said.

Riverbend Cottage & RV Resort manager Allison Rees says the stampede of snowbirds from across Canada has left her resort and many others filled for the entire winter already.

“So every cabin is now full,” said Rees.

“Every yurt. People are living in yurts, every RV that we’ve got the whole place is full. The phone rings every day,” she said.

“Places where there’s a lot of snow, they all come here,” said Lorne.

Tourism Vancouver Island doesn’t have a number of all the snowbirds visiting here from across Canada but they say it could be in the tens of thousands.

“And I hope we’re all welcoming to them,” said Tourism Vancouver Island Executive Director Anthony Everett.

“Alberta, Saskatchewan because they planned to come here as opposed to going some place else when they were free to do that.”

Everett said he’s been contacted by a lot of people who upset that visitors were being welcomed to Vancouver Island, suggesting that those visitors brought the virus with them. According to Everett, health data disputes this.

“Islanders have gone away and come back and now our cases are rising,” said Everett.

“There’s very few, there probably are cases I can’t speak to that, but it wasn’t people from other places bringing it in it was our own behaviour,” he said. 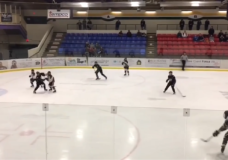 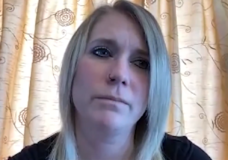 'Angry and disappointed': birth mother who admitted to abandoning infant in Colwood ditch in 1986 not charged