Snow or no snow? Microclimates on Vancouver Island mean a big range

Posted: Dec. 6, 2021 5:39PM
CHEK
WatchThe first snowfall of the season hit parts of the Island very differently, thanks to all our microclimates. Tess van Straaten takes a look at the big range between Nanaimo and Victoria.

A slushy, mushy mess — that’s how the Saanich Peninsula looked this morning after the first snow of the season.

“It’s slushy and mucky right now, but it will go away soon,” a man out walking his dog told CHEK News.

It was one of the few areas of Greater Victoria to actually get snow, as a strong Pacific frontal system collided with cool air.

“On Vancouver Island, it was a big range as expected, with Victoria seeing no accumulations,” says Environment Canada meteorologist Armel Castellan. “Campbell River had 18 cm and inland, of course, we have reports of up to 20, maybe even 25 centimeters.”

The Malahat and the Cowichan Valley only received a few centimetres, but it was enough to briefly turn Shawnigan Lake into a winter wonderland.

“If you have time and it doesn’t impinge on your work or your life, it’s lovely!” an area resident told CHEK News. “And just enough, not too much.”

City of Nanaimo crews have also been busy, with more than a dozen trucks working around the clock to clear roadways.

“This is a very typical winter storm for us on the coast, very variable snowfall depending on elevation — just a dusting at sea level and a few inches higher up,” explains David Thompson of the City of Nanaimo.

Schools stayed open in Nanaimo. but with 16 cm recorded at the Nanaimo airport, some parents decided to give their kids a snow day.

“I like to stay home when it’s snowing out so I can play,” says grade 5 student Brandon Cooley. “It’s fun to play in it and make things like snowman.”

“I love it and the kids love it!” adds Brandon’s dad, Miles Cooley. “I’m from Winnipeg originally so I’m definitely used to it.”

And we might have to get used to more of it this month, and throughout winter.

“The deck is stacked that we may continue to see some low elevation snow falls, especially with this north-westerly flow we’re currently in,” Castellan explains.

But first, get ready for more rain — another atmospheric river is expected to hit us heading into the weekend.

❄️We saw a big range in #snow on #VancovuerIsland (0 cm-30 cm) and even within regions like #ComoxValley (4 cm-21 cm), thanks to all our microclimates. Proximity to the water and elevation once again made a big difference! More @CHEK_News at 5 & 6. #BCSnow #BCstorm @CHEK_media https://t.co/K1EKEY4u4X 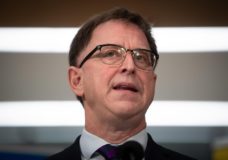 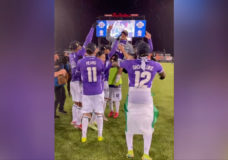