No serious injuries are being reported, but flight delays are possible, after a small plane crashed on landing at Victoria International Airport early Friday afternoon.

The accident happened a little after 12:30pm, when a privately owned single-engine plane’s landing gear collapsed on landing on the airport’s main runway. None of the three people on board were seriously hurt.

Operations continue on the airport’s two alternate runways, and no delays were immediately reported, but travelers are being advised to check with their airline or the airport’s arrivals and departure information online, at victoriaairport.com.

Airport officials say the Transportation Safety Board has given permission to tow the aircraft before investigators arrive. 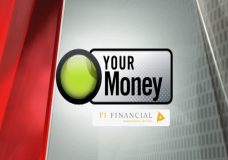 Your Money for May 12th