WATCH: Victoria’s Johnson Street Bridge was the scene of a demonstration Monday evening to call for more action on climate change.

Six people were arrested after demonstrators blocked the Johnson Street Bridge on Monday evening to call for more action on climate change.

It was organized by “Rise and Resist!” and “Extinction Rebellion-Vancouver Island,” two grassroots groups.

It was planned to last for 12 minutes to symbolize the 12 years left to address the climate crisis before catastrophic consequences, according to a recent U.N. report. On Monday after 6 p.m., about 250 protesters were on the bridge, blocking the roadway to traffic. The protest lasted over two hours.

“We wanted to do something visible and public and central to the city to make us impossible to ignore and to force people to think seriously about this issue,” said organizer Keith Cherry.

Most of the protesters left after about an hour, but a small group stayed on the bridge and refused to leave. Police moved in around 8pm and arrested those still there. The bridge reopened to traffic after being closed for two hours.

The protests took place on Monday to coincide with the first day of the United Nations climate change conference in Katowice, Poland.

“The world’s governments have been trying to nail down the rules for reporting, for transparency, for what metrics are going to be used, et cetera, and this conference is vital to really nailing those rules down,” said UBC climatologist Simon Donner.

Meanwhile, the B.C. government is expected to announce its climate strategy mid-week.

“My guess will be that there’s going to be some pretty aggressive policies, particularly towards reducing emissions from transportation, particularly personal automobiles,” Donner said. “And I think you’re going to see a lot of efforts towards encouraging electrification of vehicles.”

Demonstrators are calling on the province and Ottawa to abandon oil and gas and redirect funding towards green energy.

“I just don’t see how we can possibly meet our climate goals while we’re producing that much LNG and also while we’re continuing to log our remaining old growth forests,” Cherry said.

Demonstrators say Monday’s action will be followed by more in the near future. 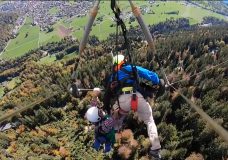 The CHEK Sports Plays of the Week-December 3rd 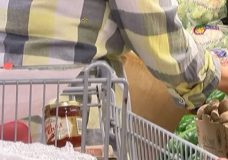 Expect to pay more for food in 2019, joint report says