Short-term rental sites not ‘particularly cooperative’ when it comes to enforcement, says expert calling for change

As the City of Victoria works to enforce its short-term rental bylaw despite a lack of available data, one expert says it’s the province that needs to take action — by compelling sites like Airbnb and Vrbo to help.

Leo Spalteholz, a volunteer and housing analyst with Homes for Living, says he believes Victoria has taken its bylaw as far as it can, and the provincial government should now take steps to regulate the industry.

Spalteholz says part of the issue for cities with short-term rental bylaws is that sites like Airbnb and Vrbo are not forthcoming with data, which can make regulating them difficult.

“Clearly Airbnb is not being particularly cooperative here,” Spalteholz said.

“Ideally, the province would step in and say, ‘Look, Airbnb must cooperate.’ This should really not take a lot of enforcement effort. It should basically be the city uploading a list of valid licenses and anybody who isn’t on that list should not even be able to list on Airbnb, or Vrbo, or any of the other platforms.”

He notes that enforcement is made tricky by the anonymous nature of these platforms. While they may show the general location of each rental, addresses aren’t listed. So a bylaw enforcement officer may know the street or general neighbourhood of an unlicensed listing, but not the exact location.

Spalteholz says he would like to see the other municipalities on the South Island do more to restrict short-term rentals.

“Victoria has overall has done a good job, I think that the ball is in the court of the other municipalities,” he said.

“And of course, the pandemic took a big bite out of Airbnb but that’s all coming back. So I think they have to get ahead of the ball here and bring in their own restrictions on Airbnb and then step up enforcement as well.”

Splateholtz admits that could be difficult for smaller cities.

“Reality is probably a lot of them are hesitant to spend the money to hire the staff to actually do the enforcement.”

B.C.’s Housing Minister David Eby told CHEK News he agrees that the province should play a role in regulating short-term rentals, though did not give a timeline for when that would happen.

“I’m really concerned about the number of Airbnb units that we’re seeing,” Eby said. “We received a report from the Union of B.C. Municipalities about this issue, making recommendations to the provincial government about a new legal framework that would allow cities to regulate this more effectively. We’re actively doing policy work on that.”

While some say not enough is being down to enforce the city bylaws, others say the rules are actually too strict for property owners.

Angela Mason, CEO of Amala Vacation Rental Solutions, a company that manages day-to-day operations of short-term vacation rentals, points to the $1,500 licence fee for a non-principal residence as an example of overly strict rules.

Those fees, says Mason, go toward enforcement rather than affordable housing initiatives.

“Many of us would have a different viewpoint on this fee if it was actually being used for productivity within the housing crisis that we’re experiencing,” she said. “This money does not go to anything to do with housing crisis. It goes to controlling people.”

She says the current rule limiting owners to only rent out one room within a principal residence — unless the unit is in a building that is grandfathered-in — puts one too many restrictions on short-term rentals.

Amala Vacation Rental Solutions oversees 65 short-term rentals in the City of Victoria, and Mason says all of the properties she manages comply with the bylaw.

She says while the city has been looking at regulating the short-term rental industry, it hasn’t considered the economic benefit that they bring.

“I have 25 staff, and I communicate with [owners of the 65 rentals] on a regular basis. And these people are putting their money into the city,” Mason said. “Nobody’s happy about [the bylaw]. And that’s the reason why there’s hundreds of rentals out there that don’t have licences.”

Some changes Mason would like to see to the bylaw include putting short-term rental licencing fees toward housing affordability issues, and allowing licences to be pro-rated so if someone doesn’t obtain it at the beginning of the year, they only pay for the portion of the year they’re operating.

Murray Cox, founder of Inside Airbnb, a website that analyses Airbnb listings in various housing markets, says data from around the world indicates that short-term rentals do have an effect on housing.

“Especially larger cities that have housing pressure with a competition for housing, Airbnb is just simply taking housing off the market,” Cox said.

“And so that has an effect of making it difficult to find housing. Some landlords are directly displacing people so they can go out and Airbnb them or indirectly because they might decide not to rent a particular apartment or people are renting apartments or homes, specifically to Airbnb.”

He says it served as an interesting case study, showing jurisdictions with measurable restrictions have the most success in enforcement.

“It’s important to be clear about what the city’s policy is. So for example, [in Victoria] it’s OK to rent out your whole home when you’re away on vacation, for example,” Cox said. “That’s a very vague policy, but how do you figure that out? How do you measure that?”

Cox says many cities implement limits on how many days per year a short-term rental can be booked, which makes it easy to measure when a bylaw is in compliance or not.

He gave Amsterdam as an example, where operators are limited to a maximum of 30 days and four guests per year.

In 2020, Airbnb rolled out a resource for 10 North American cities, including Vancouver, access to a tool called the City Portal, which provides information to those cities to make enforcement of bylaws easier. Victoria was not chosen as one of the 10 cities.

“It’s just very difficult if you don’t have the tools, and because of the nature of these platforms, it just makes it really difficult to catch people,” said Cox.

“Most cities without a registration system and without the platform compliance, they rely on inspectors, complaints, or investigations and it’s not very efficient, especially when you’ve got hundreds or 1000s of these listings.”

The City of Victoria tells CHEK it would like to be included in the program if it rolls out further.

Income from listings needed now more than ever: Airbnb

Numbers from AirDNA, a website that analyses data from Airbnb and Vrbo, show the short-term rental industry is making a slight comeback in Victoria following the pandemic.

Madeleine Parkin, public relations specialist with AirDNA tells CHEK News that in April 2019, there were 1,209 listings available but only compared to 937 in April 2021, a 19 per cent decrease.

“There has been a significant drop over the past three years,” she said in an e-mail. However, with coronavirus restrictions loosening and more people beginning to travel, listings have ticked up in recent months.

“I don’t think it’s gone back to pre-pandemic levels,” Spalteholz said. “But I imagine with the cruise industry back and travel picking up again, there’s no real reason to believe it won’t come back.”

“Hosting in Victoria, and in cities and towns throughout Canada, provides a much needed additional source of income at a time when cost of living and inflation has never been higher,” the statement says.

“Airbnb actively encourages hosts to follow local bylaws and regulations and is the only platform collecting both the PST and MRDT in BC, providing much needed revenue to support housing and economic development.”

This is the second story in the series looking at short-term rentals. The next story will compare Victoria to other municipalities on the south Island, as well as jurisdictions around the world.

The first story breaks down the number of active listings on short-term rental sites like Airbnb and Vrbo, compared to the number of licences issued.

The third story looks at bylaws in other municipalities on the South Island, and how the numbers of listings and average revenue compares to jurisdictions around the world.

With a file from Rob Shaw 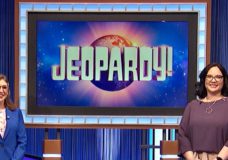 Vancouver woman to make her debut on Jeopardy! tonight 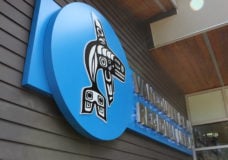