Days after a bulk freighter lost power and had to be towed to the coast of Greater Victoria, the incident has sparked renewed calls for change to the management of anchorages in the Strait of Georgia.

Transport Canada says that the bulk freighter CSL Tecumseh is getting closer to shipping back out to sea after it lost electricity near Port McNeil and had to be towed to the water just off Esquimalt Lagoon, where it is undergoing a routine cargo transfer before heading for repairs.

The freighter is just one of many ships currently anchored in the waters around the South Island and Southern Gulf Islands, which has some residents in the Cowichan Valley once again calling on the government to ban anchorages in sensitive environmental areas.

For more than a decade, Holmes says he and his neighbours have seen a large increase in the number of ships dropping anchor, which became a shared concern.

Anchorages, or designated areas where ships can drop anchor, are managed by different levels of government and organizations depending on their location.

In 2018, Transport Canada introduced an interim protocol allowing for the Vancouver Fraser Port Authority to manage 33 assigned anchorages in the region to balance the distribution of ships. 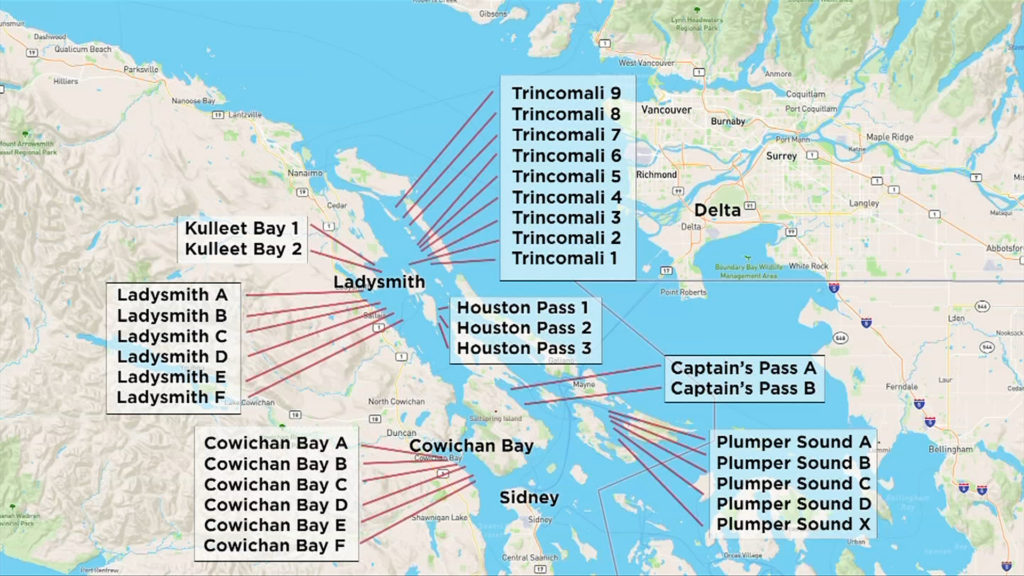 A map shows the locations of 33 anchorages managed by the Vancouver Fraser Port Authority.

In November, the VFPA met for community consultation on the future of ships docking in the area. The authority is planning on releasing the Active Vessel Traffic Management (AVTM) program along with a code of conduct to set policy going forward.

“The program will allow us to better manage commercial ships bound for the port, enhance ship safety and environmental protection, and reduce the impact of trade activity on local communities including the Southern Gulf Islands,” said the Port of Vancouver in an emailed statement to CHEK News.

Holmes says the economic and environmental concerns should weigh heavy for the government and that the vessels shouldn’t anchor in those areas.

“The Cowichan Estuary is one of the main salmon runs in the Southern Gulf Islands and if there was a spill here, or a grounding which causes some discharge…it could be contaminated for life and affect the salmon run indefinitely,” said Holmes.

NDP MP Alistair MacGregor is taking the concern one step further. In November, the politician tabled a bill aiming at banning large vessel anchorages in the area for a second time.

“It’s the result of many people writing to my office over the years expressing their frustrations because there’s noise, light pollutions,” said MacGregor.

The bill covers nearly 1,400 square kilometres and the proposed fine for breaking the law is $100,000.

Another issue is the lack of transparency when ships dock at the anchorages.

Holmes says many of the ships arrive empty, waiting to head to other ports to be filled with cargo and during that time discharge from onboard operations seeps into the waters.

The AVTM is expected to be released early this year. 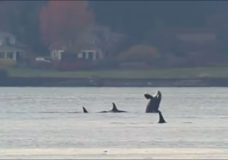 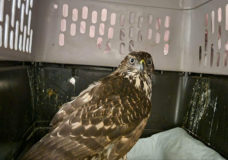