WATCH: A Shawnigan Lake man is fighting extradition to California to face charges for the brutal murder of a 78-year-old widow. Tess van Straaten reports.

A Shawnigan Lake man is fighting extradition to the United States to face felony murder charges in California.

A 78-year-old widow was brutally bludgeoned to death in Palm Springs in 1990 and her body was then dumped in the desert and cat litter poured over it.

Anthony Michael Kubica, who also goes by Tony and Anton, made headlines last fall for a controversial Lake Cowichan land development. The 61-year-old and his wife lived in Palm Springs when wealthy widow Marie Darling was murdered and investigators say the motive appears to be financial.

Court documents show more than $184,000 was transferred out of Darling’s bank account and moved to an account allegedly opened by Kubica. The father of five, and his late wife Connie Jo, were suspects early on but the trail went cold.

During an extradition hearing in Vancouver this week, Kubica’s lawyer, Robert Mulligan, argued that there isn’t enough evidence for the felony charges and according to the Times Colonist, a defence application is now before the judge to consider two court documents from 2014 that the defense says will support its claims.

A publication ban means that evidence presented in court cannot be reported on.

The case has been adjourned until January 24. 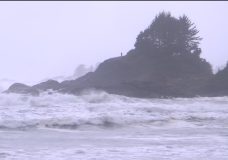 Massive waves 'the size of houses' crash into Tofino 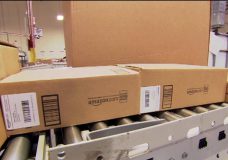