July 11, 2021 updated
Kendall Hanson/CHEK News
WatchFamily of 22-year-old who took the shallow dive say they are grateful for the friends who rescued him

The family of a 22-year-old Comox Valley man wants to thank those who sprung into action to save his life after a shallow dive that left him paralyzed.

Cameron Thompson and his friends were spending time together near Courtenay last week when Thompson dove into a section of the Puntledge River that was shallower than expected.

“Once he was in the water we immediately started sensing something was wrong,” said Tara Jakubiec, who saw him take the dive.

“He didn’t resurface right away and everyone got startled right away and I was like what’s going on?” said Dylan Kay, who met Thompson that night but didn’t hesitate to help.

Kay immediately moved down to the river and with a surge of adrenaline decided to rescue his new friend.

“In that moment of time I felt like I could do what I needed to do to get him out of the water before the current could take him or anything like that,” said Kay.

Kay brought Thompson to shore and everyone sprung into action, calling 9-1-1, helping pull Thompson out of the River and getting gates opened so BC Ambulance could drive to the location. They provided what help they could such as a C-spine hold.

“He was breathing and speaking but before that relief set in he said he couldn’t feel his legs,” said Jakubiec.

BC Ambulance came and transported Thompson to hospital in Vancouver.

Thompson’s aunt, who met with some of those involved in the rescue today, says his family is so thankful.

“They have first aid training. They knew what to do and they did it and they did everything possible to save his life and we can’t say thank you in enough ways,” said Brenda Payne, Thompson’s Aunt. “The gratitude that we feel for them is so strong,”

Doctors have told Thompson he broke his neck in two places and he’ll be paralyzed below his shoulders. He’s in the intensive care unit and has feeling in his upper arms and thumb.

“He’s been willing to do anything it takes at this point to make his best chance for a full recovery. He has been given a grim prognosis but he’s not accepting it. He’s going to keep fighting,” said Payne.

Thompson’s aunt says they want others to be wary around the river and like his friends, know CPR — and what to do if an emergency occurs.

Friends and family are trying to also raise funds to help with Thompson’s recovery from the shallow dive. You can contribute at the following link. 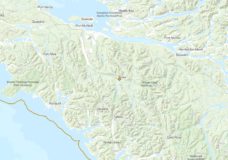 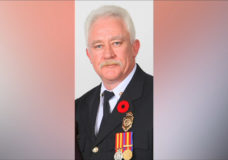