Thousands of students at Western University walked out of class Friday to stand with sexual violence survivors after multiple allegations of sexual violence during frosh week.

So far four female students have reported their sexual assaults to officials, with police also investigating allegations of dozens of women being drugged and assaulted at a campus residence.

The trauma of that event, felt across Canadian campuses, even on Vancouver Island.

“This is something we’ve been hearing from students for years, and we’re still seeing that so much more needs to be done.”

Sexual violence education and awareness on college campuses has been prioritized in recent years by the B.C. government, but parents say there’s a glaring gap elsewhere.

“I’m quite outraged we’re not teaching consent education in a mandatory manner for all B.C. children K-12,” said Shannon Aldinger, a Comox parent, and family lawyer.

In the current curriculum, sexual health is taught under P.E. class. Nowhere though, does the word ‘consent’ ever appear.

“With these topics, it has to be specific, or it doesn’t get covered,” said Kerri Isham, a certified sexual health educator.

According to Isham, many teachers are not fully comfortable teaching sexual health or consent and don’t have the support of their administration to face parents who may disagree with the programming.

So, Isham says, sexual health and consent education is being forgotten.

“We are all impacted by this. We know that 1 in 4 girls and 1 in 6 boys have experienced sexual violence before their 18th birthday,” said Isham.

And Isham says failing to teach students consent are the root of the sexual violence Canada sees on college campuses today.

“I think all universities need to have education around sexual violence for sure, but this is far too late,” said Isham. “Consent has to start early, far before it has anything to do with sexuality.”

They’re demanding an overhaul to the educational system that they say is not only preventative, but roots out sexual violence by simply teaching bodily autonomy.

“What we need is mandatory consent education, to be taught in an age-appropriate way from kindergarten all the way to grade 12,” said Aldinger. 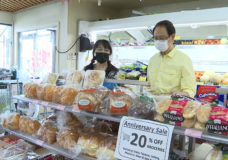 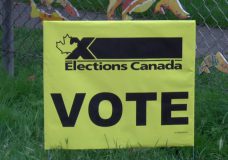