People are slowly starting to set up camp in Victoria’s Topaz Park.

Bone week after the City of Victoria said the park would open immediately as a temporary homeless shelter, there are only about 40 people camping there.

“We have more garbage cans in here we have the toilets open 24 hours a day. We’ve done a lot of work in this last week,” said Rev. Allen Tysick, executive director of the Dandelion Society which is working with the city, BC Housing, Island Health and the Coalition to End Homelessness to set up the temporary camps.

Sean Millar-Gallagher is now living in Topaz after he says the pandemic cut his time at a drug rehabilitation centre short.

“Let’s just say my past week has not been very productive man, like six overdoses,” he said.

The other shelter site, Royal Athletic Park, designated for those in the street community with the greatest mental health and addictions issues, hasn’t even opened yet and Tysick says it likely won’t for at least ten more days.

“When we’re trying to move everyone safe, trying to give them all the services there are, in other words, I’m talking about a safe injection site, I’m talking about nursing, all of that has to be coordinated and it’s taken us way too long to do that, I’ll admit that but we’re doing the best we can,” Tysick said.

Meanwhile, the tent city on Pandora Avenue, the reason behind the emergency measure, continues to grow, creating greater concerns about the lack of social distancing.

“There is no disguising the fact that this is a big concern, and I wish I could snap my fingers and solve the problem but it’s not that simple so it’s very concerning and it’s only a matter of time before someone in the unsheltered population gets COVID-19, it’s not a matter of if it’s a matter of when,” Victoria Mayor Lisa Helps said.

“And when that happens, if the social distancing measures aren’t put in place and if the healthcare supports aren’t provided that disease is going to rip through that population and many of them already have compromised health conditions.”

While setting the temporary shelters up has been slower than most would like, there is ongoing work to move the campers indoors. Seventy-five motel sites have now been secured by the City of Victoria and BC Housing, and 27 people have already moved in. Millar-Gallagher says that is what he’s holding out hope for.

“If I was able to live inside and sleep inside, the chance of me using drugs is probably next to none but being homeless out on the street there is no other life, and the only thing I do know is how to use drugs and drink,” he said.

Helps says she’s hoping those camping on Pandora Avenue will move willingly as options become available otherwise she says they may have to look at enforcement. 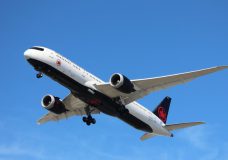 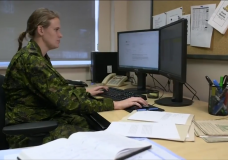