A senior is injured and shaken, after an alleged theft outside a convenience store on the 400-block of Gorge Road East in Victoria Friday

Bonnie Sieloff had just bought cigarettes around 6:30 p.m. and was outside when a woman approached her.

“She took my cigarette package out from my hand and started taking off with it,” said Sieloff.

“She was hitting me all over my arm, my chest, with her hand.”

Bystanders started yelling at the thief. It all played out in front of Mega-Mart owner Gurjit Purewal.

“Everybody… we feel bad for her… nobody should touch her, like we should help you know… especially people on wheel chair and older people,” said Purewal.

It left the 68-year-old, who suffers from Parkinson’s disease and Fibromyalgia, injured and shaken.

“Fibromyalgia is pain, and that’s the main symptom pain… so her hitting me it hurt me a lot more than it hurts other people… I am afraid of seeing her again,” said Sieloff.

“Its very troubling that someone in her situation to venerable could be attacked in this manner,” said close friend Manjeet Dhugga.

But the store’s owner says the incident is not shocking to him.

“I’ve been here for the last 17-years… I see [something like that] every 15 minutes,” said Purewal.

Victoria police were not available for comment today, but witnesses say they did attend.

Sieloff will now have to change her routine trips to the store.

“I would rather her not go out at all and I do the shopping for her,” said Dhugga. 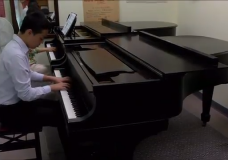 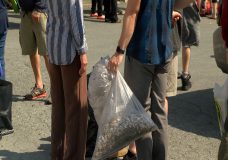 Campaign giving away bucks for butts sees massive turn out