WATCH: It may be the first transaction of its kind in this province as a Victoria man says he’ll accept bitcoin for his vacant property. April Lawrence reports.

A vacant lot in the desirable Uplands neighbourhood in Oak Bay is listed at $2.5 million but you could also buy it with bitcoin.

“[It’s] been on the market for about a month and I thought hey, this is not really a busy market right now, so why don’t we just offer to people to buy it for crypto-currency and Jason says are you joking? And I said no I’m not,” Donais said.

As of Wednesday Donais’ property was worth about 138 bitcoin. However, the digital currency is so volatile, its value dropped nearly $2,000 by Thursday afternoon.

Both Donais and his realtor Jason Binab admit it’s a risky move.

But it’s likely the reason bitcoin real estate transactions haven’t yet taken off. In fact, this may be the first one in B.C.

“A lot of brokerages have taken the position that they don’t want to get involved in those transactions because of the number of risks,” said Real Estate Council of BC Professional Standards Advisor Ryan DeLuca.

But there are no laws in B.C. that prohibit it yet ? realtors just have to take the deposit in cash and instruct their clients to do their homework.

“They want to advise the seller of the potential risks of bitcoin then send them out to seek professional advice,” said DeLuca.

And it turns out there’s already a potential buyer interested in transforming digital currency into the Oak Bay property.

“[A] client that owns quite a bit of bitcoin was alerted to this property from his realtor who saw my post on Facebook yesterday and he suggested to him let’s write an offer, divest some of your bitcoin and put it in real estate,” said Binab.

The buyer is a local who already owns in the neighbourhood.

Donais, a financial advisor, is excited but nervous and insists he’s not a gambler.

“I’ve never put a dime in a Vegas machine ever, I don’t think this is gambling, I think it’s speculative, I think there’s a bit of risk involved,” said Donais.

A risk he hopes will pay off over the long-term. 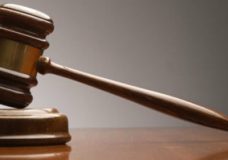 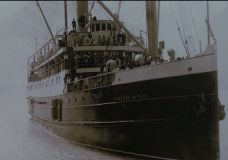