WATCH: The desperate fight to save a resident killer whale intensifies in the Salish Sea with a first-of-its kind feeding trial. Tess van Straaten has the latest.

It’s something that’s never been tried before, as the desperate fight to save J50 intensifies in the Salish Sea.

“Everyone is still on the edge of their seats watching her and hoping for the best,” says Michael Milstein of NOAA Fisheries.

J50, who is also known as Scarlet, was born about three and a half years ago. She’s always been small for her age, but in the last few weeks she’s appeared emaciated and officials on both sides of border are doing everything they can to save her.

“The teams have been watching J50 very closely and they continue to be concerned about her low weight and the fact you can see her ribs through her skin so she’s very thin,” says Milstein.

After making history Thursday by successfully delivering antibiotics via a dart to treat the killer whale in the wild, another ground-breaking effort Sunday afternoon as NOAA Fisheries and the Lummi Nation released Chinook salmon off the coast of San Juan Island.

“This really was focused on evaluating the fish for a way of delivering medication and supplements,” explains Milstein. “This isn’t part of a long term feeding effort and that’s because we don’t want to be in a situation where the whales are dependent on that.”

To reduce the risk of dependence, the salmon were sent down a tube so the whales wouldn’t see them throwing fish in the water and associate people with food.

“We want to be very careful and go into this with our eyes open about the risks involved,” says Milstein. “We want to make sure what we do benefits J50 and doesn’t harm the rest of the pod.”

Scientists say the operation was logistically successful, but they’re not yet clear if J-50 went after any of the fish. They’re in the process of reviewing drone footage to see if it shows that.

They were also able to collect two fecal samples from her group, which are currently being tested.

“They don’t know for sure it was hers but they are going to be analyzing that and there are clues that they may be able to tell if it’s likely it was hers and that may reveal what’s going on with her,” Milstein explains.

With J50’s pod appearing to be on its way out to see, where it could stay for a few days or even a week, scientists say they will now have some time to re-group and decide whether to do another feeding trial in U.S. waters.

It will depend in J50’s condition when she returns. So far, an application hasn’t been made to attempt a feeding in Canadian waters. 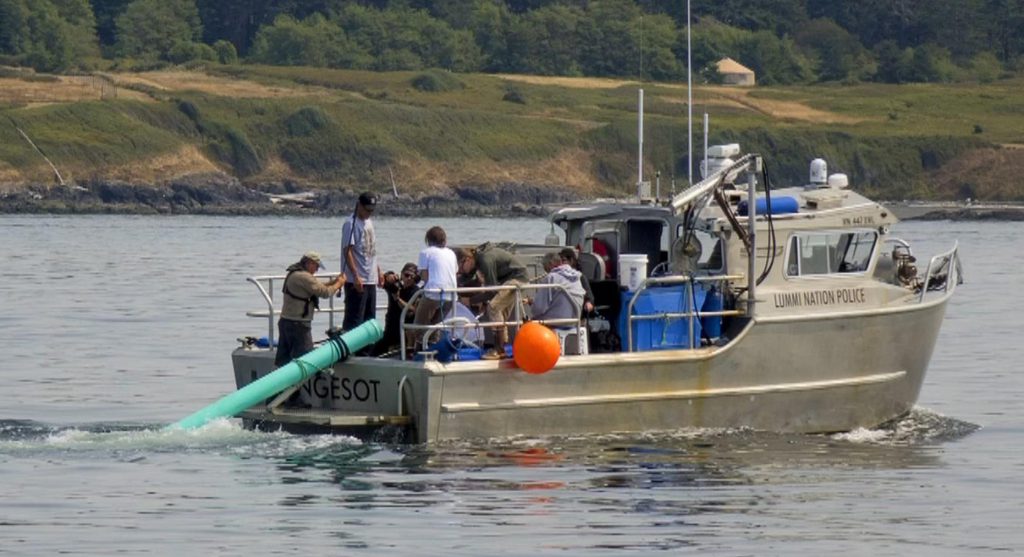 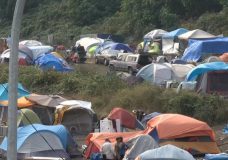 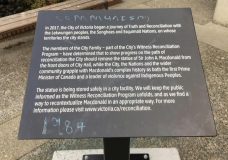