B.C. schools to close, public sector to have day off for Queen Elizabeth II’s funeral Monday

Schools, public sector workers and some Crown corporations in B.C. will have a day off Monday to mark the funeral of Queen Elizabeth II.

Premier John Horgan said in a statement Tuesday that it will follow the lead of the federal government, which has declared Sept. 19 a national day of mourning.

“This will be a national day to reflect on the incredible life of Canada’s Queen and the longest-serving monarch in British history,” Horgan said.

Monday will be a holiday for federal employees and those in federally regulated industries across Canada, but it has been up to provinces to decide whether or not to extend that to its own public-sector employees.

Provincial workers in B.C. will get the day off, with Horgan saying the government has advised them to “honour this day in recognition of the obligations around federal holidays in the vast majority of provincial collective agreements.”

Horgan confirmed that K-12 public schools, public post-secondary institutions and most Crown corporations will be closed for the holiday, while private sector businesses are also encouraged to “recognize or reflect on the day in a way that is appropriate for their employees.”

Other provinces have also followed the federal government’s lead in declaring the day a holiday including all four Atlantic Provinces while Quebec, Ontario, Manitoba and Saskatchewan will not have a statutory holiday.

In B.C., a government-led procession will take place beginning at 10:15 a.m. Monday from the B.C. Legislature to Christ Church Cathedral in Victoria, where a memorial service will be held at 11 a.m. 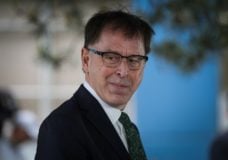 B.C. Health Minister Adrian Dix says system in crisis since 2020 must be transformed