September 18, 2019 updated
Chek
WatchIt's growing by leaps and bounds. Known as the Uptown-Douglas Corridor in Saanich, the area is developing as the region's newest downtown core. Mary Griffin reports.

Hundreds of new housing units, a project of more than $250 million dollars in residential development, is just one part of the current boom in Saanich’s Uptown-Douglas Corridor region.

“We are looking to make what is one of the busiest areas in the region a livable, complete community. It would be potentially a downtown for Saanich,” Saanich Coun. Colin Plant said.

The Uptown-Douglas Corridor is growing. According to the District of Saanich, the population is expected to double by the year 2038, growing by almost five per cent annually. The district expects to add 5,000 new jobs to the 10,000 in the region over the next twenty years.

The major arteries carry tens of thousands of vehicles every day, to the Peninsula, the West Shore, and downtown Victoria. But this is also a key transit hub. BC Transit senior planner Lindsay Taylor said the 30,000 passengers that take the bus daily from Uptown Mall is only expected to grow with the construction of a bus exchange next to Uptown Mall.

“This general area is going to be our future mobility hub with BC Transit. It’s going to provide people with the opportunity to transfer from the West Shore and from the Peninsula to head downtown,” Taylor said.

It will also link the Galloping Goose and Lochside Trail for the cyclists who ride here every day.

Over the next few decades, Uptown-Douglas Corridor will transform itself into the region’s newest downtown. 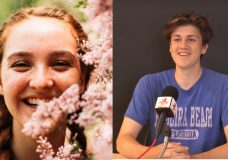 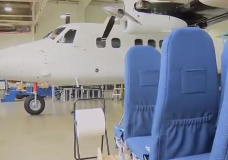 A look inside one of the regions biggest employers: Viking Air