Saanich woman with US Plates dealing with angry residents

A woman who has returned home to Saanich from the U.S. says she is worried every-time she hits the road.

That’s because Jennifer Graham’s SUV has U.S. plates, and due to COVID-19 concerns, many are giving her flack while she is out and about.

“I’ve parked at Thetis Lake and Beaver Lake, I see people walking by and they are talking and pointing and they don’t look very happy,” said Graham.

She is a Canadian citizen and grew up in Saanich. Now living in Arizona with her husband, she got her Green Card. But while waiting for citizenship Graham had to return to help her father who is struggling with Alzheimer’s.

“The plates are staying because we don’t know what we are doing,” she said.

“If we were going to re-establish here we would have 90-days to get B.C. Plates, but we have no idea what we are doing.”

Graham followed through with her quarantine, and her husband is staying at an Airbnb waiting his out. She says the anger is understandable but hopes there is a solution,

On Thursday, B.C. Premier John Horgan called out American citizens using a loophole, saying they are driving to Alaska, to stop on B.C. towns.

He cited an incident in Port Renfrew involving a vehicle with Texas plates. Capital Regional District Director for Juan de Fuca Mike Hicks says communities in his constituency are very vulnerable and something needs to be done.

Graham says she is in favor of something like the sticker solution, but also says the entrance requirements are very strict already.

“Being from here and doing my normal stuff, talking to the people I know, going to stores where I’ve been a million times,” she said.

“I feel the same, so i’m chatty and happy and i’m fine but it’s just the car, it’s just the plates,  I just don’t want people to be scared.”

A Facebook group called “Advocacy for Family Reunification at the Canadian Border” has shared stories about issues getting those who should be exempt from the restrictions to Canada, and members in B.C. say they have faced similar issues and are worried about travelling in the province.

For now though she has a solution…

“A sign on the back, says I’m Canadian I am from Victoria,” Graham said.

She also has a sticker that asks to add her on Facebook so that locals can see the “57 mutual friends” they likely have.

The CBSA is asking that instead of confronting drivers, to instead contact them with the vehicle description and location to avoid a situation like this. Their watch line is 1-888-502-9060. 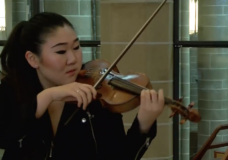