Outside B.C.’s capital sits the seventh largest municipality in the province, the District of Saanich.

According to David Black, professor of Communication and Culture at Royal Roads University, the district’s mayoral race is one of the more interesting this election cycle.

“As a mayoral race, this is a rare example here in the capital region of a really competitive, really interesting race,” Black told CHEK News in an interview.

Murdock says there are apparent issues addressed in this campaign.

“The things that keep coming up on the doorstep, of course, are housing affordability, climate change, and road safety. Those seem to be the themes that people keep coming back to,” he said. “Particularly, I’m hearing from folks concerned about homes for their kids.”

On council since 2014, Fred Haynes’ platform is similar to Murdock’s.

“I have a vision for Saanich to be sustainable, affordable, climate engaged, and with optimism for good paying jobs, housing that’s available for seniors to downsize, to the students to live in,” Haynes told CHEK News.

“I see myself as a convener catalyst to bring success to the groups I work with. And with that format, I can work with any council.”

Black says the two candidates make this race so interesting.

“So they differ really less in the substance of their views. I consider platforms almost interchangeable. Their differences…involve more civic governments, civic governance, leadership,” he added. 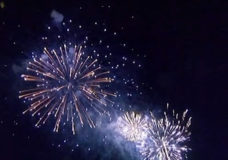 'Burning projectiles': Halloween fireworks may be banned due to Island's extreme dry conditions 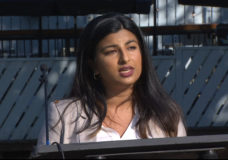