Posted: Feb. 22, 2020 6:27PM
CHEK
WatchSome dog owners in the Capital Region are barking mad.... after word Saanich is looking at whether to limit or even possibly ban pooches from a popular beach. A Saanich councillor is calling for dog regulations to be reviewed.

A walk along the Salish Sea with a four legged friend is an outing many Islanders cherish. But for some people in Greater Victoria, this popular West Coast past time could be in jeopardy.

“I really can’t see the problem” said another.

Saanich Councillor Karen Harper is making a recommendation to council to direct staff to review the current bylaws regarding beach use and dogs.

“Anything from staying the same, to,there’s a variety options all the way to a complete ban.” Harper said.

Harper says her main reason for the review is due to the impact dogs are having on birds in the area, which is considered a bird sanctuary.

“Dogs like to chase things when they’re running free. And so when they get to any area where there’s some other animal that’s chase able they chase it. So what’s happening is that’s effecting the nesting herons for example.” said Harper.

The Saanich Councilor also alluded to what other municipalities have done. At Willows Beach in Oak Bay there’s a five month dog ban that runs from may through September.

Harper’s motion states that Saanich should at least consider a similar by law that then take the pressure off the eastern section of Cadboro Bay Beach, which sees heavy traffic while that ban is in place.

But pet owners are barking mad at the idea of a possible ban.

“Dogs offer beautiful livelihood, they bring people out together, we talk to each other, the beaches are there to be enjoyed.” said a concerned dog walker

“I think it would be a great shame, I mean there’s already so many restrictions” added another

Harper will present the motion to council on Monday night. 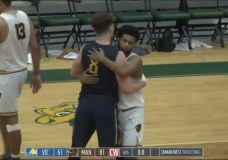 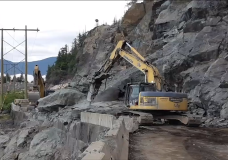 Highway 4 closure, though planned, still catches some off guard