Saanich Council moves to make change as owls, raccoons and dogs are dying from rat poison

July 3, 2020 updated
CHEK News
Saanich Councillor Colin Plant with his cat Rexy. who he is trying to protect by banning the use of rat poisons in all Saanich Parks and Buildings.

Owls in the Kings Park Nature Space in Saanich are sadly turning up dead as collateral damage, as nearby residents and businesses try to get rid of a rodent pest, with rat poison.

“People are using rat and pest control poisons that are travelling up the food chain and are infecting the local ecosystem,” said concerned Saanich resident Adam Kreek.

Rats killed by poison are being swooped up and eaten by owls and other creatures, in turn, poisoning any creature who eats the rats.

“Animals are dying, not just the owls, but raccoons, crows. We’ve had reports of pets, dogs, golden retrievers passing away due to this infection,” said Kreek.

He says this movement to stop rodenticides all started with Deanne Pfeifer, a Saanich resident who found the two dead oils and sent them away for a necropsy to find the rat poison culprit.

Staff of Saanich told CHEK News the district uses 40 kilograms of 0.005 per cent bromadiolone, a rat poison chemical, a year. But this could soon change.

“We are bringing a motion to council to ban rat poison and we are also going to write the province asking them to also ban rat poison and reach out to neighbouring municipalities in the CRD as ask them to consider to do the same,” said Colin Plant, one of the two councillors hoping to push this motion forward.

If the motion is passed on July 13, the district will only ban rodenticides in Saanich buildings and parks, as rat poison falls under provincial jurisdiction.

“We recognize the issue of rat poison is a provincial jurisdiction, however, we in Saanich will take a stand and say we will not be using them in our parks and our facilities and will encourage everyone to do the same.”

Saanich would not be the first municipality in B.C. to ban rodenticides, the district of North Vancouver made the move on June 15.

Kreek is pushing instead for rat contraceptives and rat traps, hoping to stop the problem at the source, and humanely take care of the rest.

But finding other ways also has drawbacks, according to Pest control technician Logan Smith of Garden City Pest Control.

“Outdoor traps over the long term outdoors are ineffective because traps can be set off by the weather, and if traps go off they can’t catch any animals, and rodents can learn the traps are dangerous… and learn to avoid them,” said Smith.

The pest control technician says an overall ban on rodenticides will have further implications affecting more than just wildlife.

“Restaurants and food processing facilities will often have issues with rodents,” said Smith. “So if we eliminate rodenticides for those indoor uses, which is typical, you can end up having significant growth in the mouse population which is particularly bad for restaurants because it’s a food safety issue.

“If you had a lot of mice running around a restaurant, you know that’s bad. You’ll have urine and droppings where you’re not supposed to and trapping can only go so far.”

The pest expert reminds everyone to use extreme caution while using rodenticides and to never use expired poison, as it is dangerous and potentially, illegal.

While Saanich doesn’t want to see dead animals from rat poisoning ever again, they might have to find some middle ground. 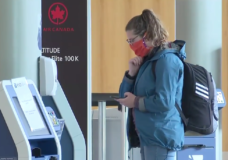 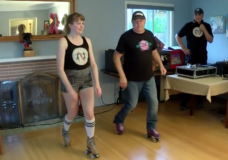