The 57-year-old Saanich man who was charged with arson last year after a massive townhouse fire has been sentenced to five years in prison.

Steve Pickering was charged with two of counts of arson in connection with a fire that destroyed a Cedar Hill Road townhouse complex on May 22, 2016 and another fire at Shelbourne Street Home Depot on April 9, 2016. He later pled guilty.

The fire at the townhouses, which were under construction, caused multiple propane tanks to explode. Nearby homes were also damaged from the heat and a fire truck was destroyed. Residents from the adjacent townhouse complex were evacuated and numerous people in the neighbourhood were displaced.

The fire at the Home Depot on April 9 caused the store to be evacuated.

The damage from both fires was estimated to be between seven to $10 million and at the time.

Court heard two of the three townhouse buildings were inhabited. In a video confession, Pickering said he ?wanted to cause mayhem? as revenge for Home Depot not hiring him.

He said he set a smaller fire in the paint section last April but surrendered himself to police last June so he wouldn?t do it again and people wouldn?t die. He also said he wanted to reassure the public that an arsonist wasn?t on the loose.

WATCH BELOW: Fire investigators and police comb through scene of explosive Gordon Head fire that destroyed one building and badly damaged two others.

Crown prosecutor Ruth Picha said it was an appropriate sentence and noted that there was a guilty plea along with a full confession.

“He came in to confess to this crime,” Picha said.

“He was obviously very remorseful.”

“Since that time, he’s made some appropriate changes and appears to be back on track.”

“This just appears to be a clear mental breakdown during the time,” Watt said.

Pickering?s preliminary hearing was set for this week but the plea deal, which includes a joint submission for five years in prison, will mean there is no need for a trial to go forward. He has been in custody since he was arrested on June 8, 2016, after turning himself in.

“Not just the public, but the emergency personnel that responded to the fire,” Leslie said.

“There was a lot of fuelled material there that could have caused a number of injuries and it certainly was very lucky that no one was hurt during both of these incidents.”

Before his confession, Pickering was a suspect in the investigation into the Home Depot fire. 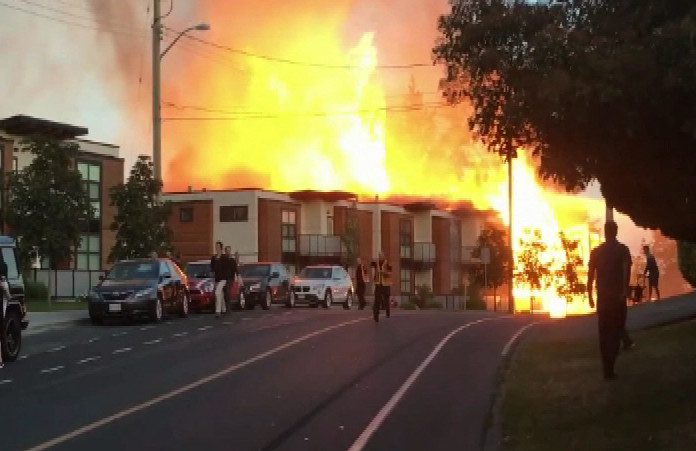 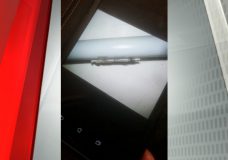 UPDATED WITH VIDEO: City says photo of needle taped to handrail in Victoria not a hoax, object discovered in April 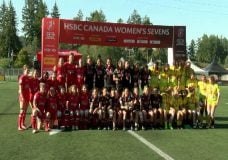