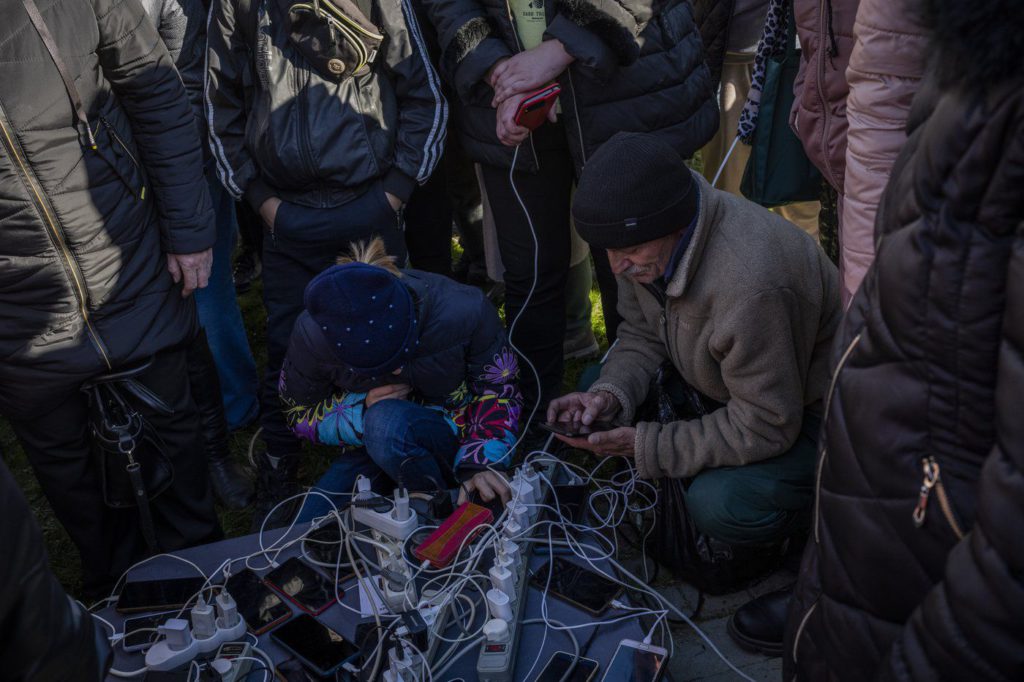 CHEK
Residents gather next to an internet hotspot in Kherson, southern Ukraine, Monday, Nov. 14, 2022. The retaking of Kherson was one of Ukraine's biggest successes in the nearly nine months since Moscow's invasion. (AP Photo/Bernat Armangue)

Ukrainian authorities reported waves of Russian airstrikes across the country Tuesday, from east to west, including attacks in Kyiv that struck residential buildings and, elsewhere, attacks on energy facilities that knocked out power.

The barrage of strikes came as air raid alerts were issued across Ukraine. They followed what have been days of euphoria in Ukraine after one of its biggest military successes so far of the nearly nine-month Russian invasion — the retaking last week of the southern city of Kherson.

As its battlefield losses mount, Russia has in recent months increasingly resorted to targeting Ukraine’s power grid, seemingly hoping to turn the approach of winter into a weapon by leaving people in the cold and dark. 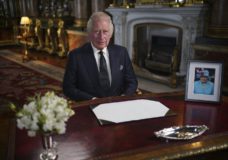 God Save the King — Who? Elvis? 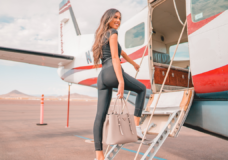