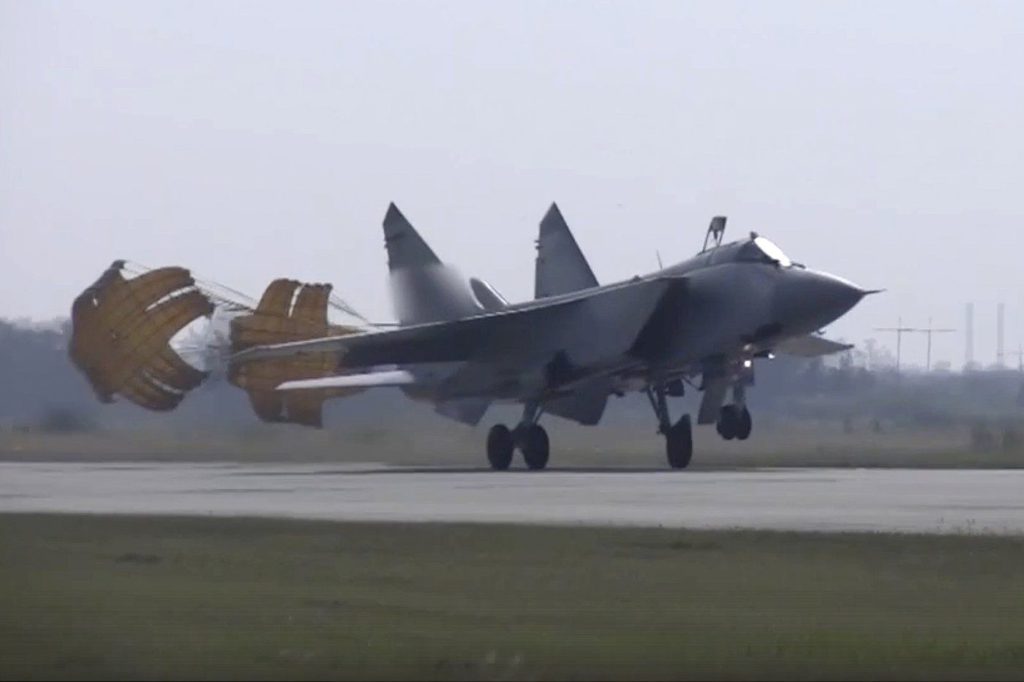 The Russian military said Thursday that it has deployed warplanes armed with state-of-the-art hypersonic missiles to the country’s westernmost Baltic region, a move that comes amid soaring tensions with the West over Moscow’s action in Ukraine.

Russia’s Defense Ministry said three MiG-31 fighters with Kinzhal hypersonic missiles arrived at the Chkalovsk air base in the Baltic Sea exclave of Kaliningrad as part of “additional measures of strategic deterrence.”

The ministry said the warplanes will be put on round-the-clock alert.

A video released by the Defense Ministry showed the fighters arriving at the base but not carrying the missiles, which were apparently delivered separately.

Finland’s Defense Ministry said Thursday that two Russian MIG-31 fighter jets were suspected of having violated Finnish airspace in the Gulf of Finland off the southern town of Porvoo, west of Helsinki. The Nordic country’s Border Guard started a preliminary investigation into the incident.

The deployment of Kinzhal missiles to Kaliningrad as Russia’s campaign in Ukraine nears the sixth-month mark appeared intended to showcase the Russian military’s capability to threaten NATO assets. The region borders NATO members Poland and Lithuania.

Moscow has strongly criticized the deliveries of Western weapons to Ukraine, accusing the U.S. and its allies of fueling the conflict.

The Russian military says the Kinzhal has a range of up to 2,000 kilometres (about 1,250 miles) and flies at 10 times the speed of sound, making it hard to intercept. Russia has used the weapon to strike several targets in Ukraine.

Kaliningrad’s location has put it in the forefront of Moscow’s efforts to counter what it described as NATO’s hostile policies. The Kremlin has methodically bolstered its military forces there, arming them with state-of-the-art weapons, including precision-guided Iskander missiles and an array of air defense systems.

“The events in Ukraine demonstrated that a clash with the collective West is a real possibility,” Russian Foreign Ministry spokesman Ivan Nechayev said Thursday while emphasizing that a “direct confrontation with the U.S. and NATO isn’t in our interests.”

Speaking at a briefing, Nechayev said: “Russia as a nuclear power will continue to act with maximum responsibility” and “the Russian military doctrine envisages a nuclear response only in retaliation to an aggression involving weapons of mass destruction or in a situation when the very existence of the state comes under threat.”

The Russian military is equipped with conventional weapons that “allow it to fully implement the goals set by the Russian president,” he added.

“We proceed from the assumption that the U.S. and NATO are aware where their aggressive anti-Russian rhetoric with an emphasis on a possible use of nuclear weapons can lead to,” Nechayev said.

He said Russia believes that “a nuclear war cannot be won and must never be fought,” a view reaffirmed by five nuclear powers earlier this year. 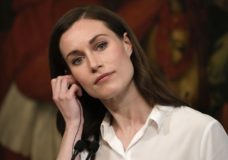 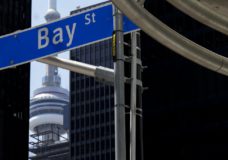