WATCH: After a record-breaking season, Victoria Royals forward Matthew Phillips has some more hardware to add to his collection.

Being voted as the fan’s choice award and the most valuable player, Matthew Phillips’ trophy case continues to grow. The Calgary product recorded 48 goals and a team record 112 points this season with the Royals, and wearing the “C” on his jersey, Phillips lead the Royals to their seventh straight playoff appearance.

Other award winners include Ralph Jarratt, picked as the top defenceman for the year, and Griffen Outhouse, named the hardest working player.

The Royals kick off their first round playoff series against the Vancouver Giants on Friday night at the Save-on-Foods Memorial Centre. 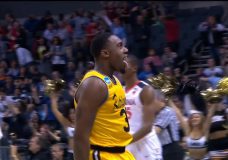 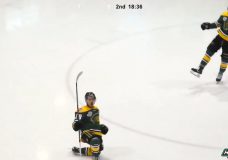