Rock for Relief: A Living Room Concert raises more than $500,000

April 18, 2020 updated
CHEK News
WatchIt was a historic evening here on Vancouver Island last night. Our team at CHEK thought since going to a concert right now, is out of the question, we’d bring one right to your living room. And thanks to a long list of talented musicians and generous donors, our “Rock for Relief” concert helped bring in over half a million-dollars that will now go towards Islanders in need.
Rock for Relief: A Living Room Concert For Vancouver Island raised more than $500,000 for COVID-19 relief.

Rock for Relief aims to raise money to support residents on Vancouver Island who are in need during the COVID-19 pandemic.

Approximately $400,000 was raised for the Rapid Relief Fund, including the $100,000 donation from the Victoria Foundation’s Gadsden Initiative.

Rock for Relief also brought in $142,000 for the Island Response Fund. These thousands of dollars include matching $10,000 donations from Harmac Pacific and Island West Coast Developments.

This Island-wide fundraising effort is a joint initiative between CHEK, the Victoria Foundation and the Nanaimo Foundation, with donors able to direct their funds to either the Rapid Relief Fund, supporting Greater Victoria and the Cowichan Valley (www.rapidrelieffund.ca), or the Island Response Fund, which supports communities north of the Cowichan Valley (www.islandresponsefund.ca).

“It gives a whole new meaning of we’re all in this together. This was the whole Island speaking to us,” Sandra Richardson, the Victoria Foundation’s chief executive officer, told CHEK.

“This is extraordinary for the reach that it will have up and down the Island. But it’s also that voice saying this is our Island, we want to support it, we want to stand tall for it. And it just makes you very proud to be an Islander,” Richardson added.

“It was just amazing to see everybody coming together to support our community here on the Island and making a difference in the lives of those really struggling right now,” said Laurie Bienert, the Nanaimo Foundation’s executive director.

CHEK put together the virtual concert in a matter of weeks, combining 88 singers into one incredible performance. The show included many Island Stars, including David Foster, the Tenors, and the Island’s American Idol star Lauren Spencer-Smith, among many others.

From all of us at CHEK, thank you to everyone who tuned in and donated. 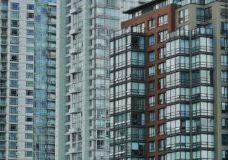 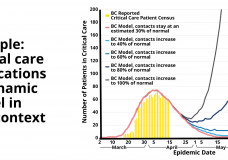 Commentary: Pandemic modelling is a useful tool, but not a crystal ball