On this week’s episode of Road to Recovery with Douglas Magazine, CHEK’s Jasmine Bala sits down with Florentien Verhage, coordinator at the Greater Victoria Local Immigration Partnership.

The Greater Victoria Local Immigration Partnership (GVLIP) is a community coalition of organizations, leaders, experts, newcomers and government agencies that are designed to improve the participation and inclusion of newcomers in the region. It’s facilitated by the Inter-Cultural Association of Greater Victoria (ICA) and funded by Immigration, Refugees and Citizenship Canada (IRCC).

A 2020 report on racism, conducted by the ICA, revealed that 71 per cent of Indigenous, Black, Asian or other people of colour in Victoria personally experienced racism in the past five years. More than 70 per cent reported they feel undervalued, isolated and unsafe in Victoria because of their race.

The findings prompted a new campaign called Anti-Racism at Work, aimed at providing organizations resources to go from talking about the problem to meaningful action.

Verhage explains in this segment what the campaign is all about, why it focuses on workplaces, and how people can get involved. 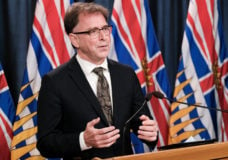 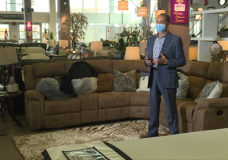