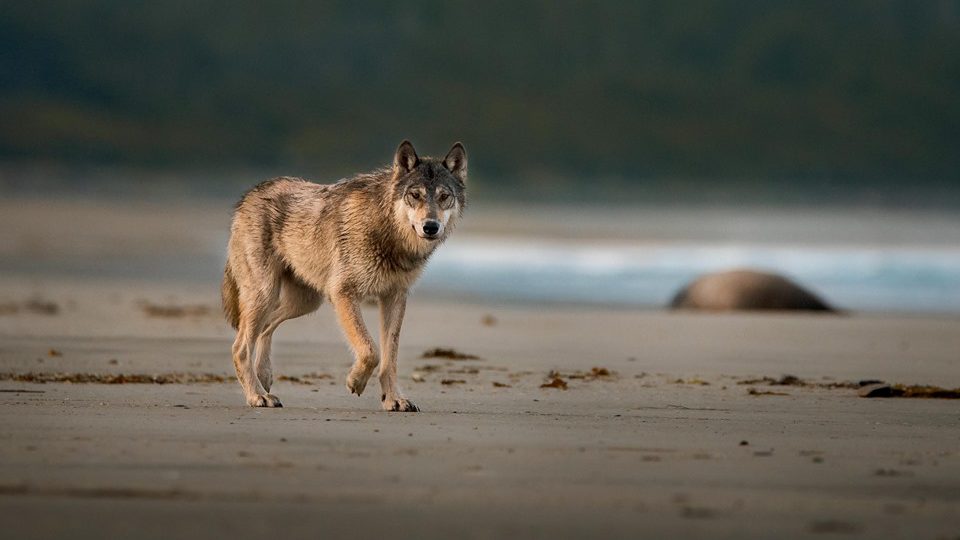 Tofino, BC – In all of Joe Martin’s 68 years of living on the west coast of Vancouver Island, he said he’s only encountered a wolf once.

Alone in the forest just outside of the Tla-o-qui-aht First Nation community of Esowista, Martin recalled when a pack of wolves ran past him over 20 years ago.

Their presence stopped him in his tracks, and with wide eyes he turned around to get another look.

But just as quickly as the wolves ran by, they disappeared into the forest.

Martin said the experience still plays vividly in his mind.

Within Nuu-chah-nulth culture, wolves are sacred.

During winter solstice, in between a new and full moon, Martin said there would be a sacred ceremony held to initiate members into the wolf clan.

It was a lesson about fear, Martin described.

“To never have fear,” he said.

Martin recounted how elders would say that without fear, “you can learn anything.”

Wolves were also used to teach about the importance of family unity, he added.

“A lone wolf is not very successful,” he said. “But if there’s a pack of wolves that all work together, they’re so much more successful.”

Many of these teachings were disrupted when the Indian Act was enacted in Canada in 1876. The act was aimed to eliminate Indigenous culture, with the goal of assimilating First Nations, Inuit and Metis into a Eurocentric society.

This meant that the winter wolf ritual of the Nuu-chah-nulth peoples was forbidden, said Martin.

To protect it, Martin said elders kept the ritual secret from the Indian agents and they stopped sharing it with younger generations for fear of being thrown in jail.

There are people within Nuu-chah-nulth communities who continue to keep the wolf ritual secret, he said.

“But when I think back to the former days, it was free,” Martin said. “Anyone could talk about it – it was not secret. It was a thing that was widely known in our communities. The initiation into the wolf clan was a very important thing.”

Like Martin, Tla-o-qui-aht First Nation Tribal Parks Project Coordinator Terry Dorward has only seen a wolf once in his life.

“We try to keep our worlds separate from them,” he said. “We try to create the space for them to flourish. It helps with keeping a healthy ecosystem intact.”

Besides their spiritual and cultural significance within Nuu-chah-nulth communities, wolves also play a vital role in the ecosystem, explained Todd Windle, coordinator of Parks Canada’s Wild About Wolves project.

“Wolves are the top predator that we have in our ecosystem on Vancouver Island,” he said. “They’ll even hunt bears for food.”

Entering “a wolf territory and seeing a wolf is a privilege,” said Windle.

“It also comes with a responsibility to treat wildlife with the respect that they deserve to survive in their own habitat,” he said.

In 2018, Parks Canada launched the Wild About Wolves project because there was an increase in human interactions with the animals.

“It was not a healthy balance,” Windle said.

“That’s when you start seeing them in the middle of the day, or in a parking lot, or beside the road,” he said. “They’re actually seeking food – that’s an unhealthy type of observation.”

Since the program began, Windle said there has been a decline in the number of interactions with wolves.

Teachings from traditional knowledge holders from seven different First Nations, including Tla-o-qui-aht, are incorporated into the program. These include lessons on coexisting with wolves and the greater ecosystem, Windle shared.

Remote cameras have been set-up to collect data on how to protect wolves, prey species and other animals that wolves are in competition with – such as cougars.

Wolf scats are also being collected to look into their diet, and surveys are being conducted to better understand the attitudes, beliefs and values of people which ultimately drives their behaviour around wolves.

Through more understanding about wolves, Windle said he hopes people develop more respect for the animal.

Keeping dogs on-leash and not feeding wolves, either directly or indirectly, helps to protect them, he said.

“Doing what we can to prevent habituation, or having them become desensitized or less wary around people, is what keeps them safe,” Windle said.

For several decades leading up to the `60s, Windle said wolves were extirpated off of Vancouver Island.

“All predators in most parts of North America were seen as nuisances,” he said.

At the time, Windle said it was common for there to be campaigns to remove predators by killing them.

“It’s a little hard for us to think about now because it’s not how we are in society anymore,” he said.

Wolves started naturally re-establishing themselves on Vancouver Island in the early `70s as they began swimming from mainland British Columbia to the northeast part of the island.

Since then, they’ve slowly migrated farther south and from the east to the west coast of Vancouver Island.

This is also the reason the number of interactions with wolves started to increase, Windle said.

“A lot of people hadn’t been living wolves for decades,” he said. “They were not in a position where they knew how to coexist with wolves, or maybe they needed to re-learn.”

Dorward recalled being taught not to video record wolves by his late-uncle.

When entering the forest, Dorward said he was taught to say a prayer to acknowledge that he was stepping into the Ha-houlthee (traditional territory) that belonged to the animals.

During wolf encounters, Windle said people should give them at least 100 metres of space.

Windle said it’s also important to report wolf sightings so Parks Canada can come up with strategies to help prevent the situation from getting worse.

“Sometimes there’s a misconception that if somebody reports a sighting or interaction, somebody’s going to come out and shoot the animal,” he said. “And that’s just not true. The more information we have, and the earlier we have that information, the better.”

Wolves bring an awareness to the roles and responsibilities Nuu-chah-nulth people are expected to uphold to ensure the wellbeing of their traditional territories, said Dorward.

“There is order in the animal kingdom that we need to respect,” he said. 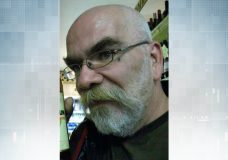 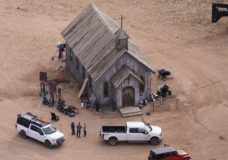