With rising cost of living, many in Canada appear to have given up on the idea of owning a home in the future.

A new report from Finder shows nine million Canadians, 29 per cent of the population, now classify themselves as being “forever renters,” with 35-to-44-year-olds being the least hopeful.

Romana King, Finder’s Canadian senior finance editor, says there are many factors that have made many feel hopeless about buying a home.

“Now all of a sudden you’ve got rising mortgage rates and inflation on top, so the cost of living as a whole is going up. So I think people are getting to a place where they’re just disappointed,” said King.

In British Columbia, 15 per cent of residents are no longer interested in home ownership, and only five per cent say they will be buying a home in the next 12 months.

While home ownership has traditionally been a way to build wealth, King also said people can still be financial successful if they rent smartly.

According to Ron Neal, a realtor for over three decades, much of the reason why home prices are very high is because there aren’t enough homes to meet demand.

He said that there needs to be more lee-way for developers to build.

“Well the government needs to make it easier for builders to build. In my personal view the reason we’ve got a housing shortage is because it’s so challenging for people to come in and create new housing,” said Neal.

The report also found that only 10 per cent of all Canadians expect to buy a home in the next five years. This is down seven per cent from two years ago. 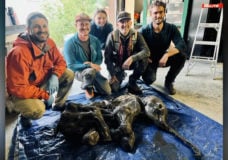 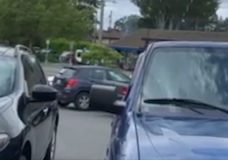