Renewed call for derelict boat clean up ahead of election

It’s been an ongoing problem for years: Who should be responsible for the clean up of derelict vessels in Cadboro Bay.

The bay sits within the municipalities of Saanich and Oak Bay and the local residents association says they’re frustrated with the lack of action on one of the sides.

“On the Saanich side, no boats they’ve been all cleaned up, but the other side” says group member Jerry Donaldson, “we’ve found 16 derelicts.”

“I wouldn’t want our grandson playing on that beach [in Oak Bay] with who knows what has been left behind in those boats,” says Chair of Cadboro Bay Residents Association, Eric Dahli.

In recent years, Saanich has cleaned up many of the abandoned vessels, most recently in November, with the assistance of the province.

It’s an extensive cleanup that has yet to happen on the Oak Bay side.

“They are out of our jurisdiction,” says Oak Bay Mayor Nils Jensen, “most of the time they are either provincial, or federal waters, or on private property so we don’t have jurisdiction on most of this.”

Mayor Jensen says he’s tried to get support from the province ever since he was elected 5-years ago.

“Every year, I have met with them, and every year I have urged them to do something in Oak Bay and we have yet to see them take action.”

“I don’t know why the provincial officials have chosen to assist Saanich and not Oak Bay,” says Jensen, “I can’t respond to that because I don’t know the thinking that goes in the minister’s office as to why assistance is given to one community and not the other.”

In a statement, the province said Sunday:

“Ministry staff were able to assist the district of Saanich in specifically removing the derelict vessel, Odin, with funds that were available at the time, ” said Forests, Lands and Natural Resource Operations Minister Steve Thomson, “my understanding is that ministry staff will be meeting with the district of oak bay early in the new fiscal year (after april 1) to evaluate the situation and prioritize vessels for removal.”

The Cadboro Bay Residents Association says they’re tired of waiting and will be launching a mass volunteer clean up in early May, in hopes of having the beach safe enough to enjoy this summer. 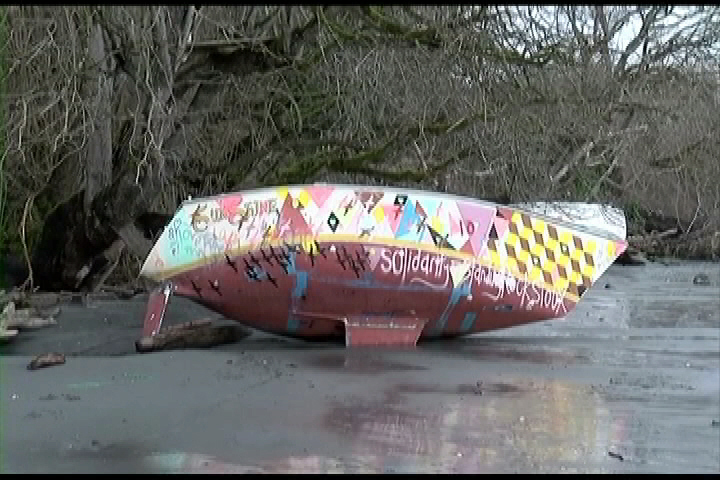 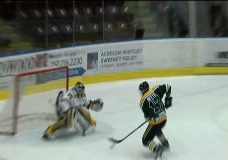 Pickup, Grizzlies rebound to even up series 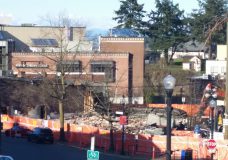