Renderings released of proposed waterfront walkway and park in Nanaimo

April 27, 2021 updated
CHEK
WatchConceptual drawings show the proposed walkway now on the beach instead of an elevated walkway as previously considered

A proposed waterfront walkway in Nanaimo is likely to cost more than originally thought.

The City of Nanaimo recently released conceptual drawings of a section of a proposed waterfront walkway that if realized could span more than a kilometre around Departure Bay.

That section, which is between Kinsman Park and the Departure Bay ferry terminal, is part of what would become Vancouver Island’s longest waterfront walkway — spanning from Departure Bay beach to the Nanaimo estuary in the south end.

However, new renderings which were released as part of a recent update from city staff, show a beach walkway that would function as more than just a walkway, instead of an elevated walkway as previously pitched.

“The idea was to provide cycling and pedestrian connectivity along the beach but I think it’s actually transformed now into a waterfront park,” explained Bill Corsan, Nanaimo’s director of community development. “I would actually call it a new waterfront park for Nanaimo that has significant environmental benefits for the beach in terms of habitat restoration.”

Plans for a waterfront walkway have been around for years and an implementation plan was approved by city councillors in 2017. However, just two years ago, the estimated price tag for the project was pegged at around $10 million, but with the cost of just about everything rising, staff are anticipating the grand total to be $20 million or more.

“We’re working on the costings right now because now we know how much material is required to go on the beach. We have a much better sense now of the environmental rehabilitation that needs to take place,” said Corsan.

Coun. Sheryl Armstrong, who is also the former chair of Nanaimo’s accessibility advisory committee, said she expects the project will end up heading to a referendum.

“We’re obviously going to have to borrow but that still has to be paid back. How does the city generate money? Taxes. So that’s something I think we really need to think about and look at. That’s why I think it’s important when we do move forward with the project that it goes to the public for their opinion knowing what the cost factor is,” said Armstrong.

Purchasing riparian rights, consulting the Snuneymuxw First Nation, involving the Department of Fisheries and Oceans are among some of the future steps that would be necessary.

The city expects to have a more detailed plan and costing in mid-May. 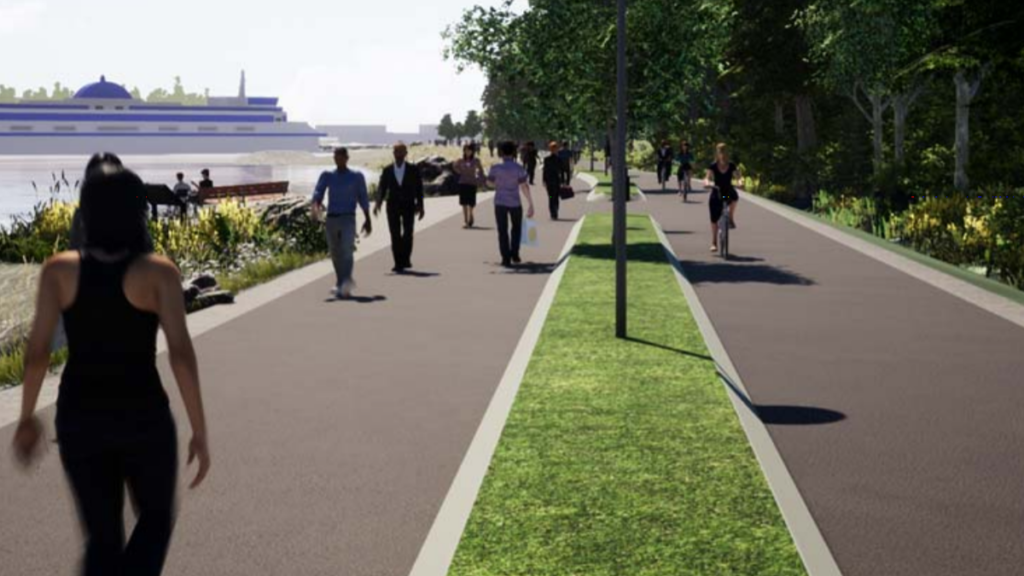 An artist rendering of a proposed waterfront walkway in Nanaimo (Source: City of Nanaimo) 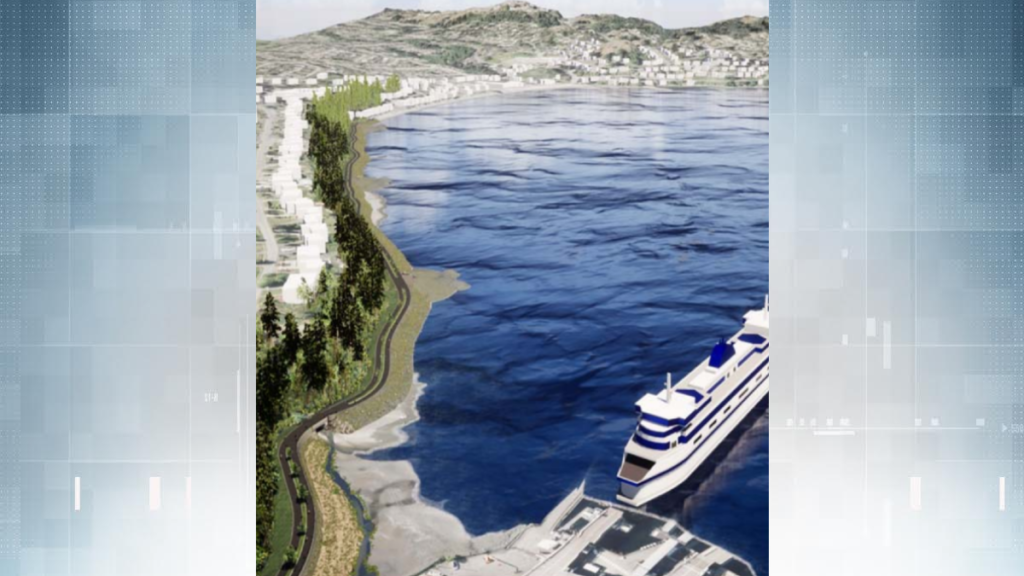 One section of the walkway would span from Kinsmen Park at Departure Bay beach to the nearby ferry terminal. (Source: City of Nanaimo) 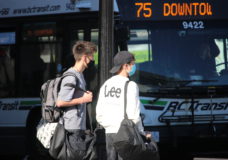 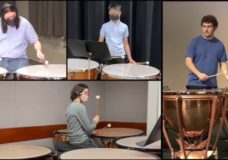