Regardless of election, uniting the U.S. a mission impossible for next president 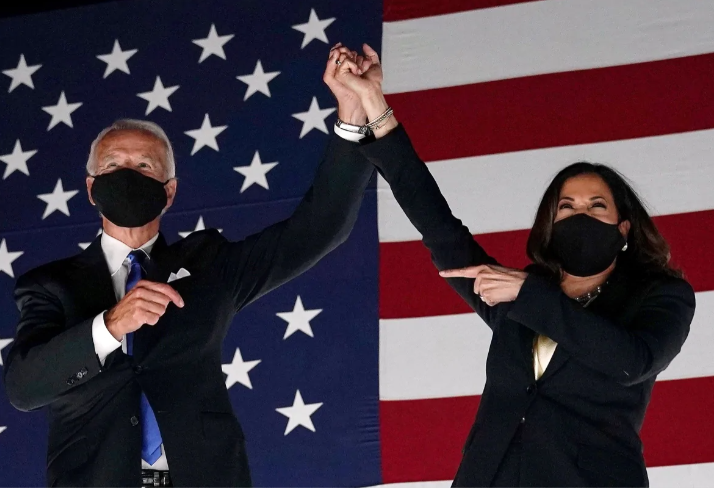 Joe Biden may be the next president of the United States, but uniting a deeply divided country is likely easier said than done.

After a lengthy effort to count a record number of mail-in ballots extended into a fourth day Saturday, Pennsylvania finally put the former vice-president over the top with 20 electoral votes, walling off Donald Trump’s path back to the Oval Office.

The results also make history for Biden running mate Kamala Harris, the California senator and former prosecutor who is now destined to become the first woman and the first person of colour to occupy the office of the vice-president.

“I will be a president for all Americans, whether you voted for me or not,” Biden said on Twitter moments after media outlets began declaring him the winner.

Word of Biden’s victory triggered raucous celebrations in the U.S. capital, with crowds surging into the streets to bump fists with strangers and dance on car roofs. Traffic jammed roads surrounding the White House amid a cacophony of car horns, cowbells and cheers.

But the festive mood in Washington will not be echoed across the country. For if the long-delayed outcome of 2020’s bitter, pandemic-plagued contest to determine America’s next commander-in-chief proves anything, it’s that the country is as divided as ever.

That was clear enough from the scenes in battleground states like Pennsylvania, Michigan and Arizona throughout the week, where supporters of Donald Trump have protested in vain against the ongoing effort to finish counting the votes.

Biden may have received the most votes, more than 74 million, of any presidential candidate in U.S. history, but Trump is next on that list, despite four long, chaotic years of divisive dog-whistles, petty recriminations and ham-handed governance.

In 2020 alone, an election year no less, he presided over a pandemic that claimed more than 240,000 American lives, a summer of racial unrest to rival the civil-rights turmoil of the 1960s and the political Kryptonite of a debilitating economic crisis.

Yet legions of his devotees in Detroit, Phoenix and Philadelphia have been crying foul all week, parroting the president’s bogus claims that Biden and the Democrats cheated their way to victory.

On Friday, as Biden’s backers danced in the streets of Philly and cheered on the vote count across from a brooding clutch of Trump loyalists, the only thing separating the two factions was a phalanx of police officers and bicycles, yet they seemed worlds apart.

“America is in a really bad place right now,” one protester on the Biden side of the street acknowledged Friday, refusing to give her name.

“It’s like the point in a relationship where there’s a question about whether there can even be a conversation.”

Biden tried to salve that open wound Friday, stopping short of claiming victory but sounding like a man headed for the Oval Office.

“We may be opponents, but we’re not enemies, we’re Americans,” he said.

“We’re certainly not going to agree on a lot of issues, but at least we can agree to be civil with one another, and put the anger and the demonization behind us.”

For days, one side of Philadelphia’s downtown Arch Street was alive with celebration as hundreds of people urged on the election officials inside the Pennsylvania Convention Center as they continued to “count every vote.”

Across the way, a small but determined rogue’s gallery of the president’s true believers have strained to shout down their rivals, parroting Trump’s unfounded claims of electoral fraud.

On Saturday, the Biden crowd, cellphones held high, cheered, embraced one another and posed for selfies as passing cars honked their approval for the result.

Trump and his supporters see legitimate mail-in ballots, which reached record numbers in the face of COVID-19, as part of a fictional conspiracy to commit electoral fraud on an impossible scale.

The sheer number of them, more than 65 million across the country, slowed the process of determining the next U.S. president to a maddening crawl, giving precious oxygen to Trump’s bellicose cries of cheating.

Those cries have continued even as the country’s electoral will has gradually come into focus in Georgia and Pennsylvania, two of the critical battleground states that ultimately sealed his fate.

“I WON THIS ELECTION, BY A LOT!” he bellowed Saturday on Twitter. The social media platform attached a caveat: “Official sources may not have called the race when this was tweeted,” it said.

In Georgia, a state where only Jimmy Carter and Bill Clinton have disturbed a half-century of Republican dominance, Trump’s paper-thin lead disappeared overnight Thursday.

And in Pennsylvania, Biden gradually erased what had been a 600,000-vote election-night lead for Trump, moving ahead and widening the margin with every new batch of counted ballots. 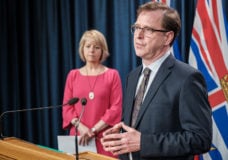 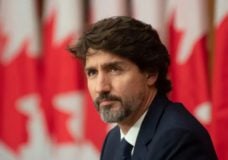