A recycling organization on Gabriola Island has plans to divert more of the region’s unwanted clothes from the landfill.

The Gabriola Island Recycling Organization says each week it alone gets 1000 pounds in excess of what it can sell.

“We’re four thousand people and then you multiply that in terms of what Nanaimo’s population is, what B.C.’s population is. Textile waste is the largest growing waste stream right now in North America,” said Fay Weller, an organization board member.

The organization wants to turn unfashionable but quality fabrics from the region into new clothes and reuse those that are worn out.

“If we cleaned it and shredded it, it could be used as some sort of stuffed application for a footstool, yoga cushions, a punch bag, some sort of exercise equipment,” said Michelle MacEwen, the organization’s general manager.

It’s asking the Regional District of Nanaimo for $103,000 to help make their goal a reality. Funding will help construct a building and buy equipment.

The organization believes it could divert 23,000 kilograms of clothes from the landfill each year.

“Part of developing the circular economy and reducing waste is figuring out novel ways to use wasted materials and also that people can buy use recycled materials easier so they don’t have to buy the new stuff in the first place,” said Ben Geselbracht, chair of the RDN’s solid waste management committee.

Geselbracht likes their proposal the Regional District has a goal of diverting 90 per cent of waste heading to its landfill.

“It’s extremely important for governments to get involved in projects like this because right now there isn’t an economy around reuse and recycling and government incentives and grant programs are important to stimulate that innovation,” he said.

The organization will also be seeking federal funding as it starts what it expects will be a self-sustaining enterprise.

RDN board will vote to approve the funding next week. 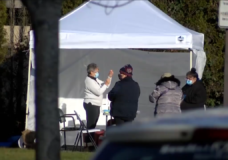 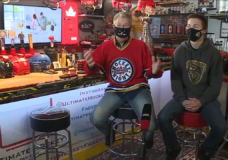 'How exciting is this going to be?': Island hockey fans, pubs cheer return of NHL