Temperature records were broken on Vancouver Island Tuesday as a heat wave continues to prompt warnings for much of British Columbia.

With a high of 31.5 degrees recorded at the Victoria International Airport,  Environment Canada records show Tuesday edged out a record for the hottest-ever July 26, previously set on July 26, 2019, at 30.5 degrees.

On the Malahat, the previous record of 30.5 degrees set in 1996 was handily beaten as temperatures reached 33.2 degrees. Environment Canada also reports that a new overnight temperature record was set, with the lowest temperature of the day recorded at 20.4 degrees.

Elsewhere on the Island, some communities came close but fell just short of previous heat records for July 26 including:

Environment Canada heat warnings remain in effect for most of B.C. including inland and eastern Vancouver Island, the South Island and the Southern Gulf Islands as a strong ridge of high pressure maintains its grip over the province.

Temperatures are expected to peak around 31 degrees in Victoria Wednesday, with peak temperatures coming during the late afternoon to early evening.

Victoria has opened a number of misting stations around the city and communities around the Island are offering other resources to help keep vulnerable people cool.

The hot weather is expected to persist until Friday, with a “slow cooling trend” to come over the weekend and into next week, according to Environment Canada meteorologist Armel Castellan.

“I would say yesterday, today, tomorrow are three of the warmest days,” he told CHEK News. While the weekend will cool off slightly it will still be much warmer than seasonal averages.

“Even Saturday, we’re talking 27 inland, mid-20s near the water, so those are still very warm temperatures,” Castellan said. “We’ll get into a continued stretch of warmth without really a chance of precipitation for 7 to 10 days.”

Castellan said that if you’ve felt that this week has been more humid than previous heat waves on the Island, you’re right.

“Without question there’s an additional boost there for some locations,” Castellan said. “I would say that it is a little bit more of a factor than it is in other heat waves that we see on the coast.” 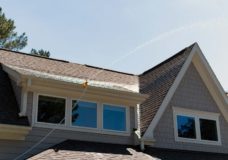 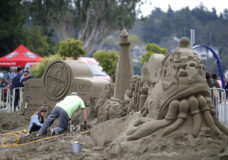